Home | Education | Teacher Feature: Why I bring my students to ANW

Teacher Feature: Why I bring my students to ANW

Leslie Klipstein, a teacher at Arcadia High School, writes about her journey to bring her students to A Noise Within. Read on to discover why Leslie believes in the power of live theatre for students, and why reading plays in the classroom doesn’t always cut it.

I’ve been attending A Noise Within since they were housed in a charmingly bedraggled theater in Glendale where we sometimes sat on folding chairs. When they moved to Pasadena, we were thrilled and soon became season ticket holders. Our two sons grew up attending plays with us, and A Noise Within has become part of the fabric of our family’s experience.

As an educator, though, my experience had been limited to encouraging students to attend and occasionally offering extra credit when the plays directly aligned with curriculum. This past summer, when a friend forwarded an email for a free day-long “Educator Extravaganza” workshop, I was happily surprised and thankfully available. I wasn’t aware that my favorite theater had an educational outreach program! I went, and  – I have to admit – had a brief fangirl moment when Jeremy Rabb did a text reading with our group. It was a fun day and I learned activities and approaches I could use in my classroom,

everything from movement to motivation, and it was interesting to see the backstage areas and practice rooms. The most exciting part of the day, though, was meeting Alicia and Leah and learning about A Noise Within’s educational partnerships.

It was, as they say, kismet.

I’ve always thought that, as English teachers, we do our students a disservice having them read plays in class. No matter how brilliant the writing, how intriguing the characters, or how developed the plot, plays are – by definition – written to be seen, to be performed and not, alas, to be read. Educators try – we do – to bring these texts to life through a variety of classroom activities: movement, speech, character exercises; dramatic readings and interpretations; video clips from a variety of performances. But nothing beats live theatre – to experience the plays as they were meant to be experienced.

So when I saw that ANW was performing Tom Stoppard’s Arcadia, a core text for our school’s AP Lit class, I saw an opportunity I could not pass up. Originally I planned to take my two classes – approximately 70 students – to a Student Matinee Performance, but when I told Alicia that my two classes represented 1/6th of the students who would read this play, her eyes lit up. “We have,” she said, “another program you might be interested in.” And so our Arcadia – Arcadia partnership began.

Arcadia High School has 11 sections of AP Literature, so ANW created a Student Matinee Performance just for our 350+  students. A few days before the show, Geoff Elliott came to our Performing Arts Center discuss the play and much of what it takes to bring a complex and layered text to life, to maintain the integrity of the complex ideas in Arcadia while still making it accessible to a wide audience.

Then we saw the show.

We took the Metro Gold Line, which was an adventure in and of itself. Imagine three-hundred-fifty plus teenagers, many of whom had never ridden the Metro before. (As an aside, Metro offers discounted student TAP cards, but you must plan ahead to get them). The morning commuters were not impressed, and it took three trains to get us all to ANW. Once there, we were ushered to the theatre, and the show began. Again, this was a first for many of our students. Watching them become engaged, gasping and sighing at all the right moments, filled my teacher heart with joy. The other teachers sitting near me had similar reactions watching our students so enthralled. The best part, however, was after the show. Several actors came on-stage, sat casually on folding chairs, and fielded questions from the audience of students. They were so responsive and erudite, honest and real – the kids loved it. 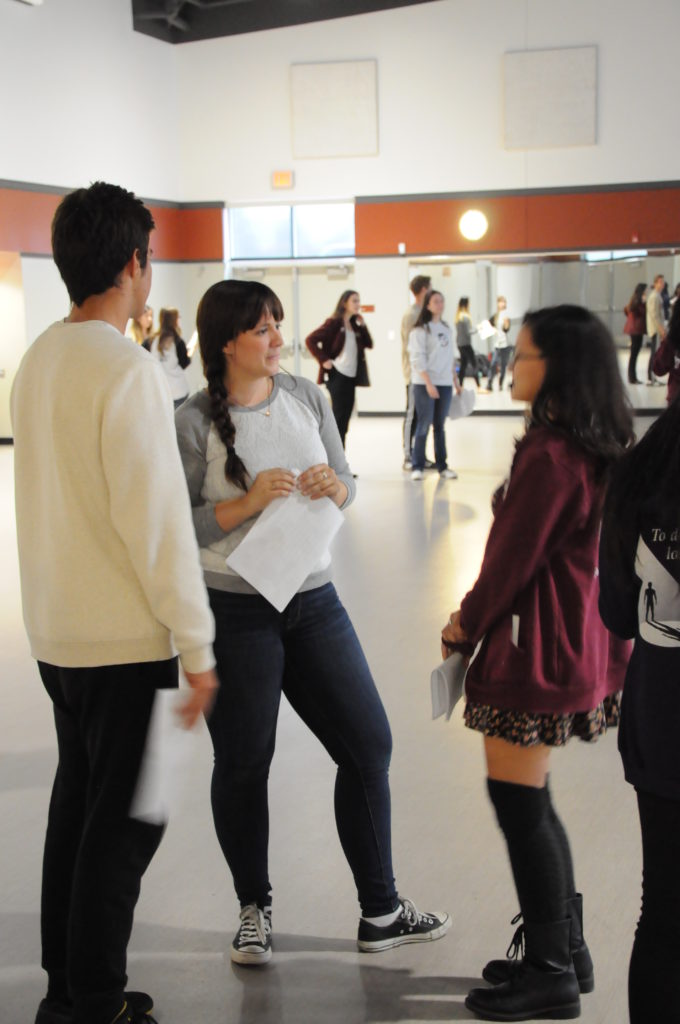 About a week later, ANW came to Arcadia High School and offered several concurrent hour-long workshops. Topics ranged from costume design and staging to the scientific and mathematical theories in the play. The expertise of the workshop leaders was unparalleled. The best part for me, though, was hearing my students have their own fan-girl and fan-boy moments seeing Rafael Goldstein in the halls of Arcadia High.

Was it worth the paperwork, fundraising, and stress to bring 350+ teenagers to A Noise Within?

I’m bringing them to see King Lear later this month, so, YES!

Want to bring your students to a Student Matinee? Curious about our workshops and customized programming? Give our education department a call at 626.356.3104 or send us an email at education@anoisewithin.org. Click here for more information.