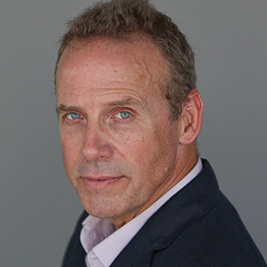 Previous Seasons: Director: The Winter’s Tale, A Christmas Carol, Noises Off, Rosencrantz and Guildenstern Are Dead, Arcadia, All My Sons, Endgame, Eurydice, The Playboy of the Western World, The Tempest, The Taming of the Shrew, and many others. Actor: The Poet, An Iliad; Dodge, Buried Child; Ebenezer Scrooge, A Christmas Carol; Don Quixote, Man of La Mancha; Lloyd Dallas, Noises Off; King Lear, King Lear; and many more.

EDUCATION: MFA—American Conservatory Theatre. Mr. Elliott is a recipient of multiple LADCC, Back Stage Garland, Robby, Drama-Logue, and LA Weekly awards as well as the Margaret Hartford Award for Distinguished Achievement
for ANW.