Home | Behind the Scenes, Production Notes | Storytelling and Arts in Prison

Storytelling and Arts in Prison

At A Noise Within, an important part of our work involves engagement with community organizations whose values align with our own. In setting our production of Man of La Mancha in a modern-day prison facility, director Julia Rodriguez-Elliott hoped to showcase the transforming effect storytelling can have on the lives of prisoners. This spring we developed partnerships with two organizations focused on eliminating recidivism in prisons, developing hope, and empowering inmates through art. Visitors in our lobby can now view the paños from Men’s Central Jail, and images with additional information on the Arts for Incarcerated Youth Network. 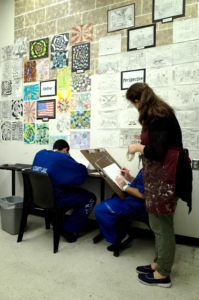 At 63.7%, California has the highest recidivism rate in the country, for every 1,000 inmates that leave prison, 637 land back in jail. But studies show that incarcerated individuals who had the opportunity to participate in arts programming were on average 46% less likely to return to jail than those who had not taken classes.

For the spring, Lareau developed a lesson for her students based on a prevalent theme in both Man of La Mancha and her students’ own lives: reality vs. fantasy. She asked them to pose the question, “Who is the Don Quixote, Sancho Panza, and Aldonza in your life?”

“The consideration of these characters was not meant to retell a story, but to understand these characters’ lives through a looking glass,” said Lareau. “This therapeutic translation I feel provided clarity and direction for my students, as well as a beautiful narrative for the modern day audience to better understand the convicted persona.” 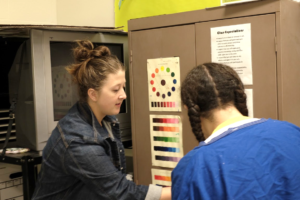 Julia Rodriguez-Elliott, director, set her adaptation in a contemporary prison in order to challenge the audience with a world both recognizable yet strongly alien. She aims to spark dialogue about universal issues and create a space for discussion.

“After the show, my hope is that people are having conversations about the importance of art in our lives and daring to dream impossible dreams, regardless of circumstance and art in our lives,” said Elliott.

In Man of La Mancha, Cervantes inspires his fellow prisoners to take ordinary, everyday objects from prison cells to create art and Don Quixote inspires those around him to see “life as it ought to be” rather than as it is. Lareau lead her students in the creation of paños: a traditional form of prison art made of bedsheets and pillowcases. Despite having limited access to art supplies, mostly ballpoint pens and colored pencils, artists were able to make vivid depictions of Catholic faith symbols, Chicano political movement imagery, and prison gang imagery. 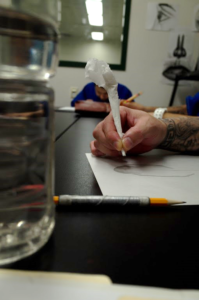 “I personally see each day in my classroom, how art is changing and saving inmates’ lives by giving them a voice and allowing a framework for restorative justice,” said Lareau. “Art creates a situation that provides each inmate emotional support, intuitive understanding, and a sense of personal achievement.”

ANW also partnered with Arts for Incarcerated Youth Network, an organization that aims to “build resiliency and wellness, eliminate recidivism, [and] transform the juvenile justice system” through art. Like the inmates in Man of La Mancha transforming prison space to act out Don Quixote, youths in the program transform their spaces by painting different worlds on to the walls of their cells.

Cervantes introduces theatre and music, and thus inspiration and hope, into the lives of his fellow inmates. Just as Cervantes inspired those around him to “Dream the Impossible Dream,” the arts programs at Men’s Central and Arts for Incarcerated Youth Network use the arts to facilitate empathy, empowerment, and hope for a future where dreams come true. 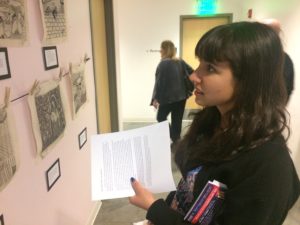 “People have been responding so positively,” said Rodriguez-Elliott, “and I think it’s because we’re living in a time where things feel hopeless, and to see the triumph of the human spirit on stage – hope is resonating with us right now.”

To see the inspiration behind the art for yourself, get your tickets for Man of La Mancha here.