Noises Off Actors Dish on Their Theatrical Disasters

Mistakes and mishaps can happen to anyone, but for actors onstage, the stakes are much higher when an entire audience has their eyes on you. The characters in Noise Off trip over themselves to put on the best performances of their lives, but, to their dismay, disaster after disaster makes their production spin out of their control. Although our real actors have not experienced the epic-level fiasco that their characters do, they can still relate with a few theatrical disasters of their own. 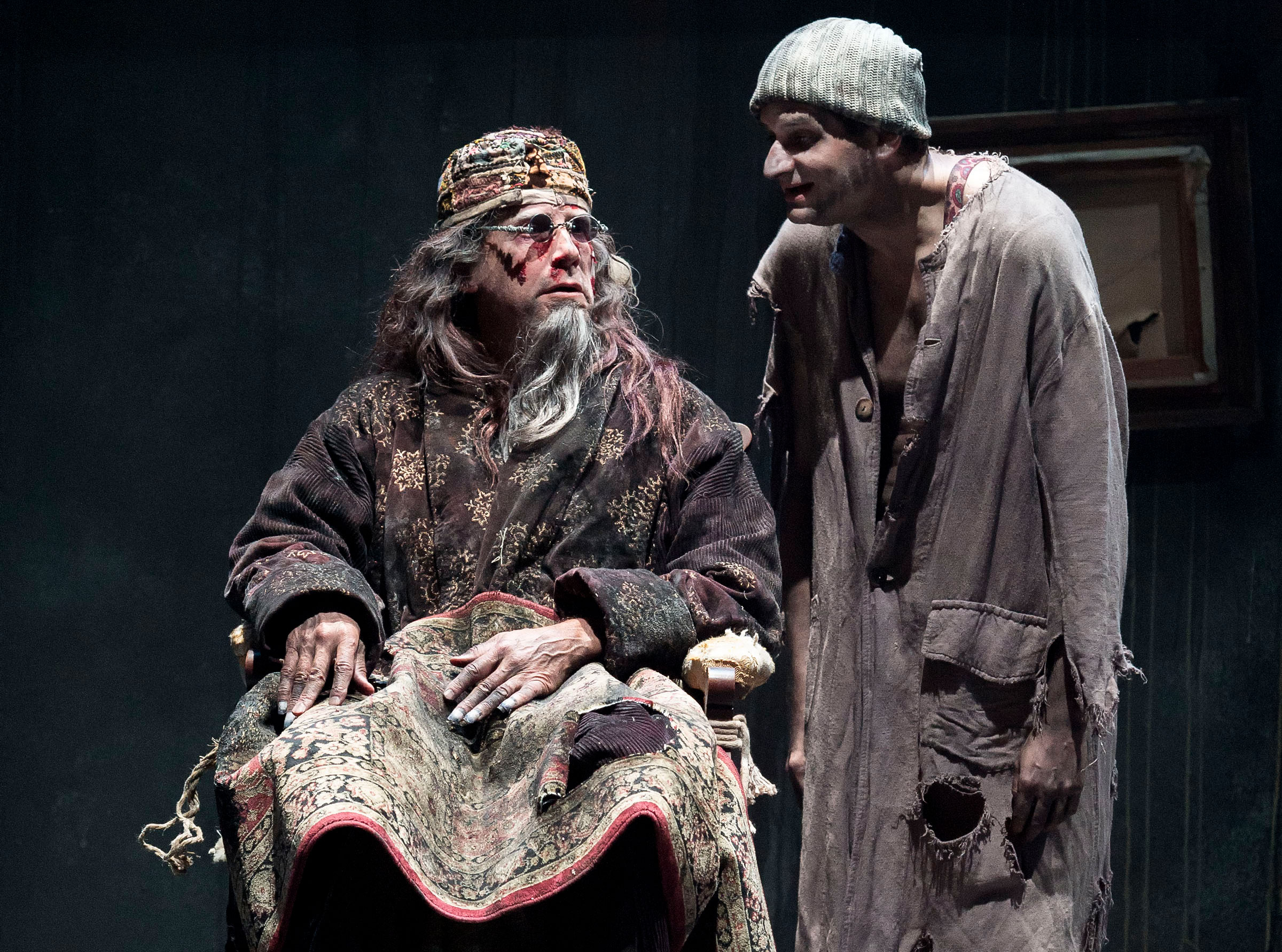 Jeremy Rabb (Frederick Fellows): We were five minutes into a Saturday matinee of Endgame when a patron started snoring. Rhythmically. Extremely loud. It turned out he was an older gentleman seeing the show by himself, with no friend or family member to nudge him awake. Geoff and I were in the midst of a rapid-fire dialogue that very much depended on listening closely to one other. Needless to say, the snoring made it more difficult. Plus, the audience was distracted and giggling nervously. If that weren’t bad enough, the play runs 90 minutes without intermission, so this had the potential to make the rest of the afternoon interminable for everyone in the building, except perhaps for the sleeping gentleman. As I tried to focus, Geoff suddenly stopped and announced in the same tone of his character, “Someone wake that man up!” It immediately diffused the situation and the audience laughed. After an usher took the cue and roused the man awake, Geoff and I were able to pick up where we had left off. Thankfully, the man stayed conscious for the rest of the show.

Erika Soto (Poppy Norton-Taylor): Once during You Never Can Tell, without my knowing it, my skirt came undone and fell around my ankles! I basically pants-ed myself! I remember my eyes nearly popped out of their sockets and I bent down, grabbed my skirt, pulled it up, and waddled off stage! Looking back at it, it was hilarious. 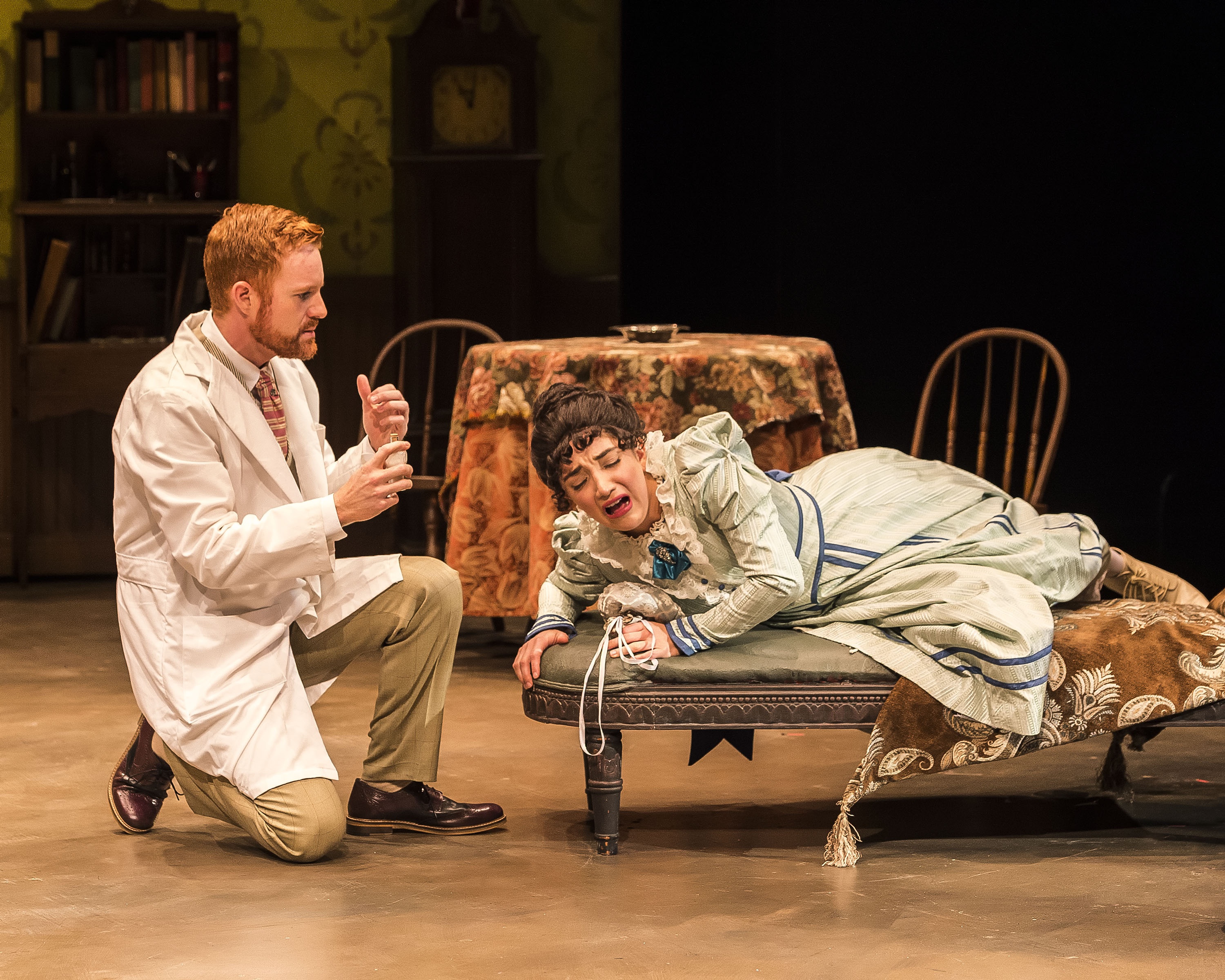 Rafael Goldstein (Tim Algood): In high school, I was in a production of Tartuffe at LACHSA. The guy playing Valere wanted to have some alone-time with a girl he was seeing during one of the performances. He went outside after his first scene and, during the 2nd act, slipped in some mud, spraining his ankle quite severely, minutes before he was supposed to come back on. A friend of mine who had been working the rails just so happened to fit into Valere’s costume, so the stage manager grabbed him, shoved all of his lines for the 2nd act into a top hat, and pushed him out on stage. My friend handled himself well, despite being the sweatiest Valere I’ve ever seen.

Apollo Dukakis (Selsdon Mowbray): During Luigi Pirandello’s So It Is If You Think It Is at our old space in Glendale, I was on stage with five other actors. One of the actors was playing a mother who was describing an event that had happened to her that we did not know about. In the middle of her long speech the actress “went up.” This is actors’ talk for forgetting your lines. She sat there for what seemed like an eternity unmoving trying to remember her next line. We, the other four actors, not knowing her story could not help her out and we all sat there in mortified silence. We all sat there waiting and praying that she would remember her line. Suddenly, she got up and walked off the stage, leaving the rest of us there speechless! To fill the silence one of the actors started to improvise (make up lines). He began to ask the first actor what he thought of what was going on in the plot of the play. Desperate, the actor just started making up all sorts of words just to fill up the void. I was fourth in line and was terrified trying to think about something, anything, to say when he reached me! Luckily, the director of the play who happened to be in the audience that night had run around backstage, met the actress and gave her the next line! Just before the actor reached me asking me what I thought about everything she walked calmly back on stage, sat down, and continued her speech as if nothing had happened! We were all greatly relieved, especially me, and laughed about it later. When I tell this story to other actors we all laugh because most actors have had similar experiences. In retrospect it can sound hilarious, but at the time it feels shocking and scary. After all the audience is right there witnessing what could be so embarrassing and disastrous to the play. However, in the great scheme of things, experiences like this are shared by most actors with great delight and they can bond us all together. 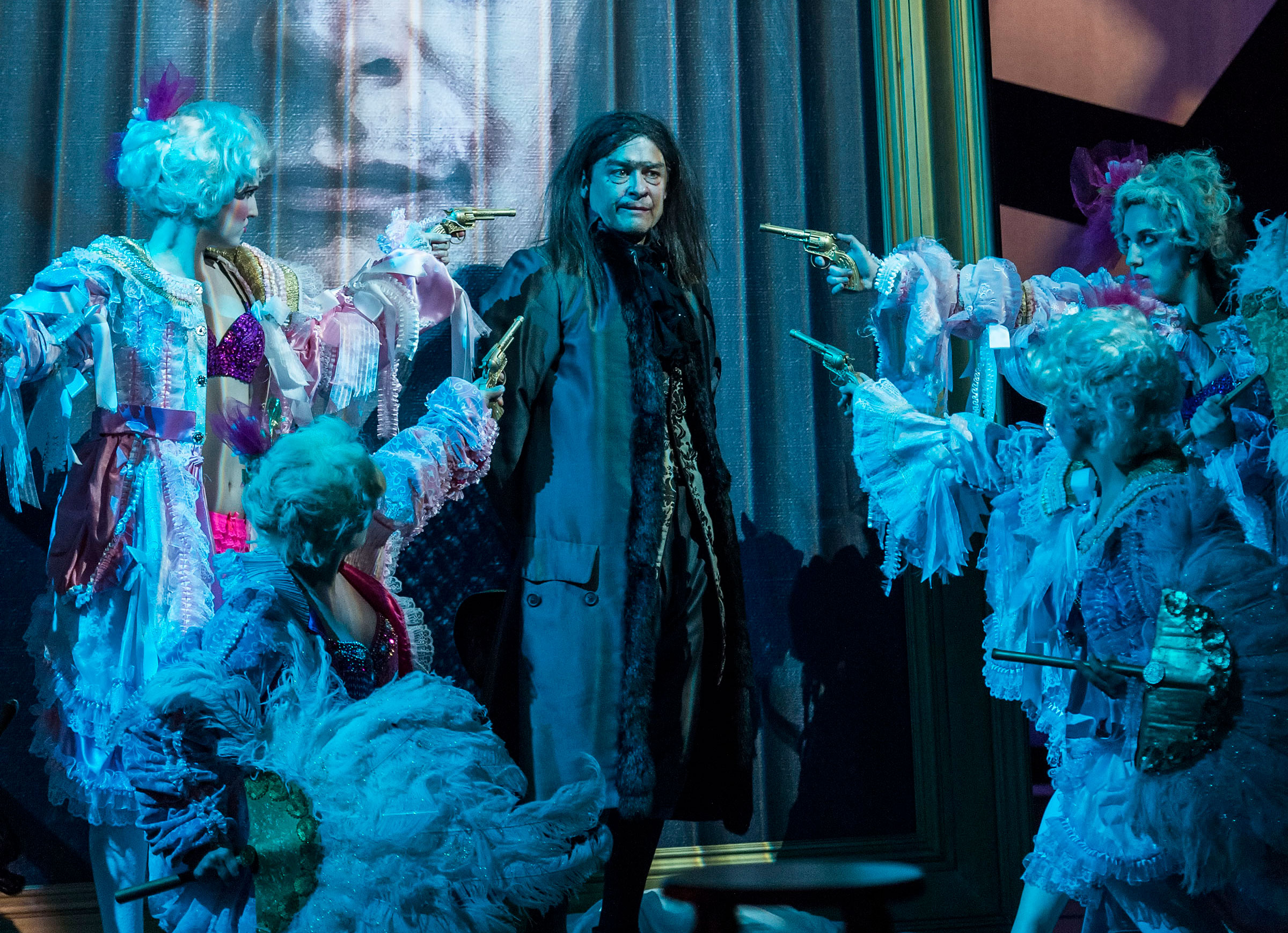 Deborah Strang (Dotty Otley): I remember laughing uncontrollably during the process of ANW’s first production of Noises Off. It was the whole process that got to me, but what made it so memorable was the audience. I would be standing behind the door on stage, ready for my entrance, and waves of laughter would start rolling through the audience, which would cause me to laugh out loud just seconds before I would have to go onstage. Just listening to everyone in the audience enjoying the show made me start to laugh so hard, it would cause my belly to ache. This would be every performance as well! Rehearsals were even funnier than the performances because I was working with amazingly talented actors that were nothing short of hilarious. I would have such a good time, I had trouble remembering whether to take the sardines or leave the sardines, which isn’t too far off from the action of the play.

Tickets to Noises Off are on sale now.