Just last week a Noise Within hosted its much-anticipated Costume Runway Show. For months the ANW artists and staff worked to make this vision into a reality. The night was full of excitement, quick-changes, laughter, and of course, oh so many costumes!

Resident Artist Deborah Strang had a particularly challenging night with a whopping six costume changes during the 45 minute show. Her changes included a corset, layers of petticoats, wigs, hats, changes of shoes, jewelry, and eventually even a fat suit.

“Just setting up and prepping all the various pieces took more than 45 minutes. And the changes? Clockwork! Made each change in seconds thanks to the amazing trio of Dani, Maria and Brittany who were calm, efficient, and persistent even when a zipper almost refused to cooperate.”

Even though the costume changes were exhausting for Deborah, she was happy to be a part of the show and enjoyed becoming some of her old characters once again.

The show was filled with “priceless fun and laughter, and revisiting old friends like Lady Bountiful, Gower, and Mrs. Peachum.”

The show featured ensembles from 15 of our past productions, bringing back some of ANW’s most memorable characters and performances.

Actress Megan Farber shares her excitement about participating in the Runway Show and wearing a costume from The Threepenny Opera.

“I literally begged Maria to let me wear one of the Threepenny Whore costumes! Angela is one of the most talented costumers ever, in every single thing I’ve worn by her I’ve felt so in the characters mood and energy, and looked like a million bucks!”

We even gave our audience members the chance to join in on the costuming fun! 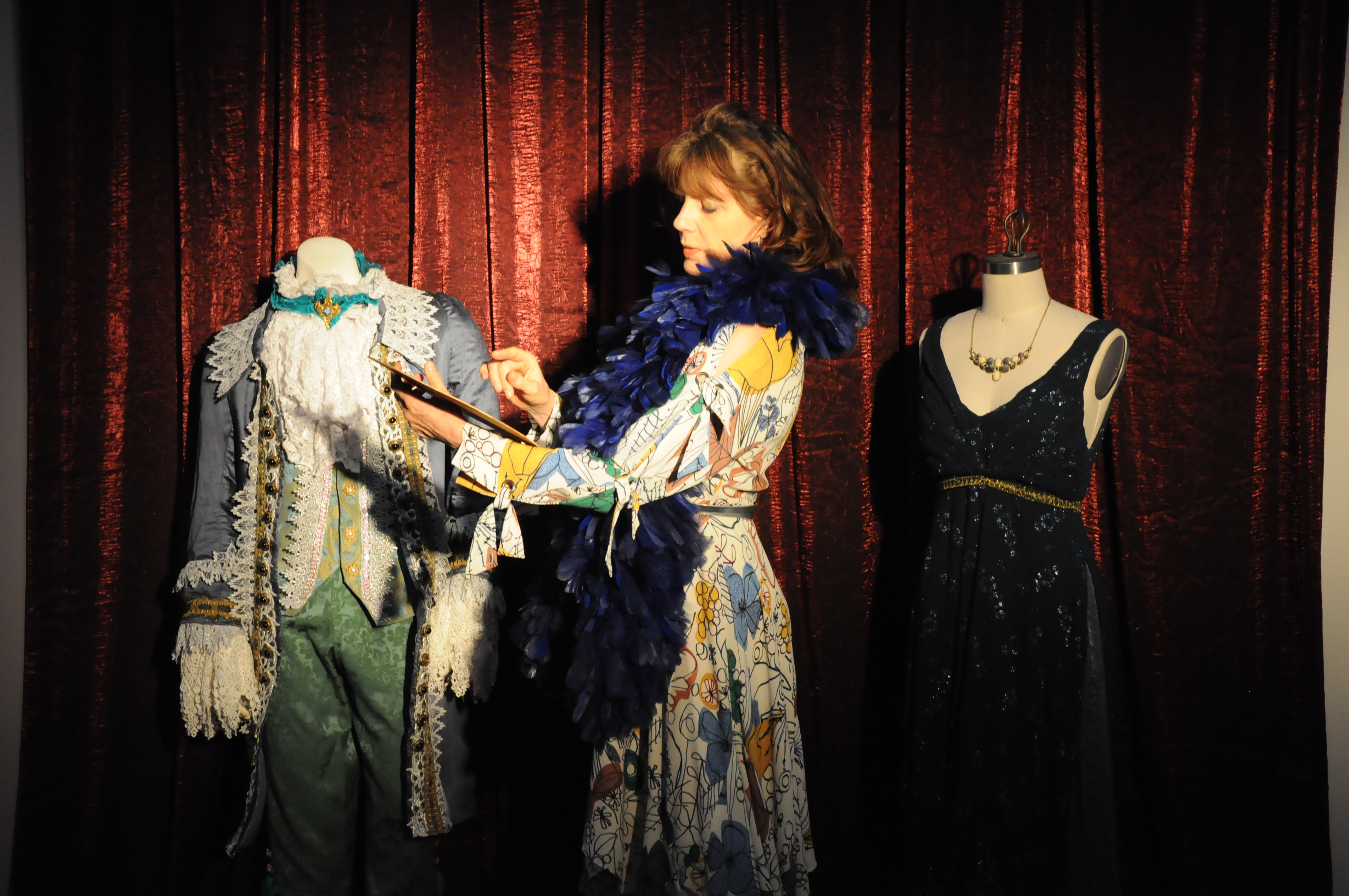 Disappointed you missed out?

Check out this video for a peek at some of the costuming secrets that were revealed during the show!

Thank you to all who donated and attended the event, donate to our production fund today to help us keep creating these lovely costumes; we hope you enjoyed the show!

For more photos from the event, please click here.