Home | Behind the Scenes, Events | You Are What You Wear: The Costumes of King Lear

You Are What You Wear: The Costumes of King Lear

Costumes have a major impact on not only the way we as audience members see characters on stage, but often the way actors themselves see and feel their characters.

Learn more about our costumes from the past 25 years at our Costume Runway show on July 18th. Hear behind the scenes stories, watch our resident artists and guest artists sashay across the stage, and discover what really goes into a great costume. Buy your tickets today!

Shakespeare offers a blank canvas through bare bones stage direction; the lack of detailed descriptions of setting provide a unique challenge and opportunity with a deeply personal way into the play. For a director and design team, this can be frightening and incredibly energizing. Costume designer Angela Balogh Calin used this opportunity to bring the story of King Lear into a mid-twentieth century setting through elegant 50’s silhouettes: “The clothes are something the audience will be able to identify with; they are easily recognizable. Lear is eclectic, with 1950s flair.” 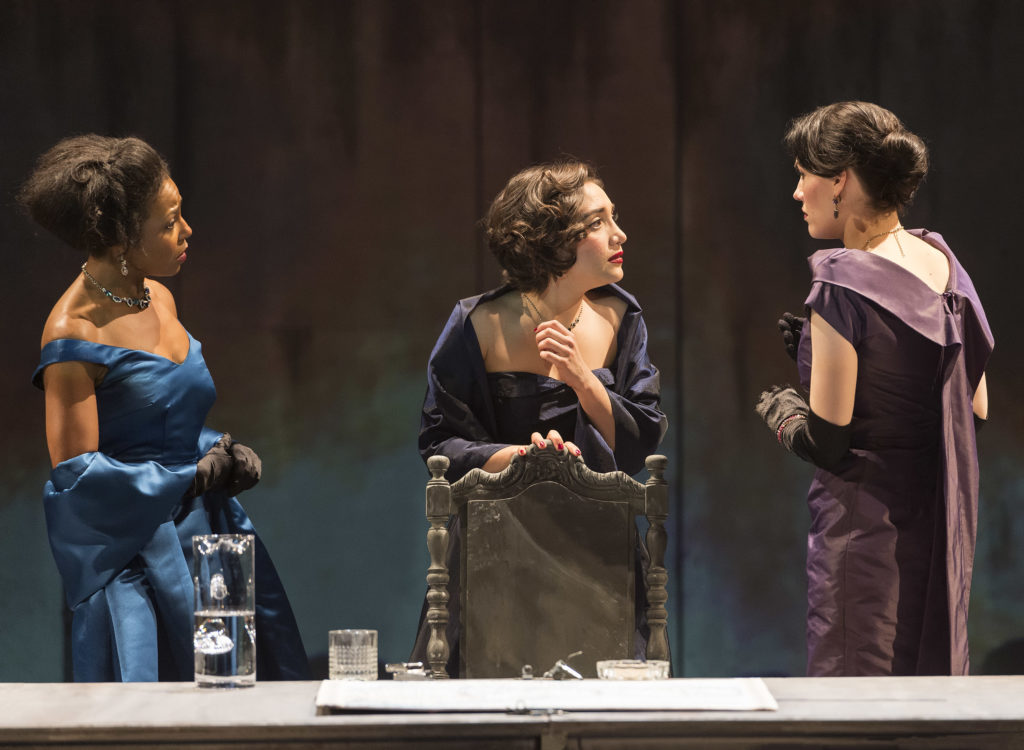 The three daughters of Lear have the most eye-catching costumes: Regan in dazzling orange, Goneril in deep purple, and Cordelia first in navy, and later in militaristic menswear. “As the actors lived in the costumes, their roles in the play were informed,” director Julia Rodriguez-Elliott says, “costumes are the perfect way to underscore a character’s true nature.”

Arie Thompson is a stunning as she is conniving Regan in Angela Balogh Calin’s 1950s cocktail dresses and stiletto heels. Trisha Miller moves through her passionate ambitions like a cool, Hitchcock blonde while Erika Soto’s heartbreaking performance as the authentic, clear headed Cordelia, gives the emotional punch required for the final scenes as Lear descends into complete madness. – South Pasadena Review

Arie Thompson, Trisha Miller, and Erika Soto play Regan, Goneril, and Cordelia respectively, and all enjoyed the experience of wearing beautiful costumes for the show.  “I loved the gracefulness and glamour of Angela’s costumes,” Thompson shares, “especially the dress that I wore for the opening scene. Just before the lights came up on the first scene each night, I would wrap the luxurious stole around my arms and think ‘Yes, I am ROYAL.’”*

Miller shares her experience of wearing the artfully crafted vintage dress, “I didn’t want to take that dress off when we closed! For me, putting on a period costume is like placing the last piece in a puzzle. It’s when everything feels complete. It’s a rapid means of transportation. The four inch stilettos – while they took some time to master in rehearsals – changed the way I carried myself. I felt like the boss in my house, fierce, and powerful. It gave me the authority that Goneril needed. And that gorgeous purple gown was instant royalty: perfect for her station in life.”

Soto describes the experience of wearing Cordelia’s military outfit when she returns as Queen of France. “I felt strong, powerful, capable, and elegant; the way I think women should feel every day. It mirrored Lear’s first costume which helped create a visual and emotional link to Cordelia wanting reconnect with her father, representing him in his time of need, and hopefully making him proud.” 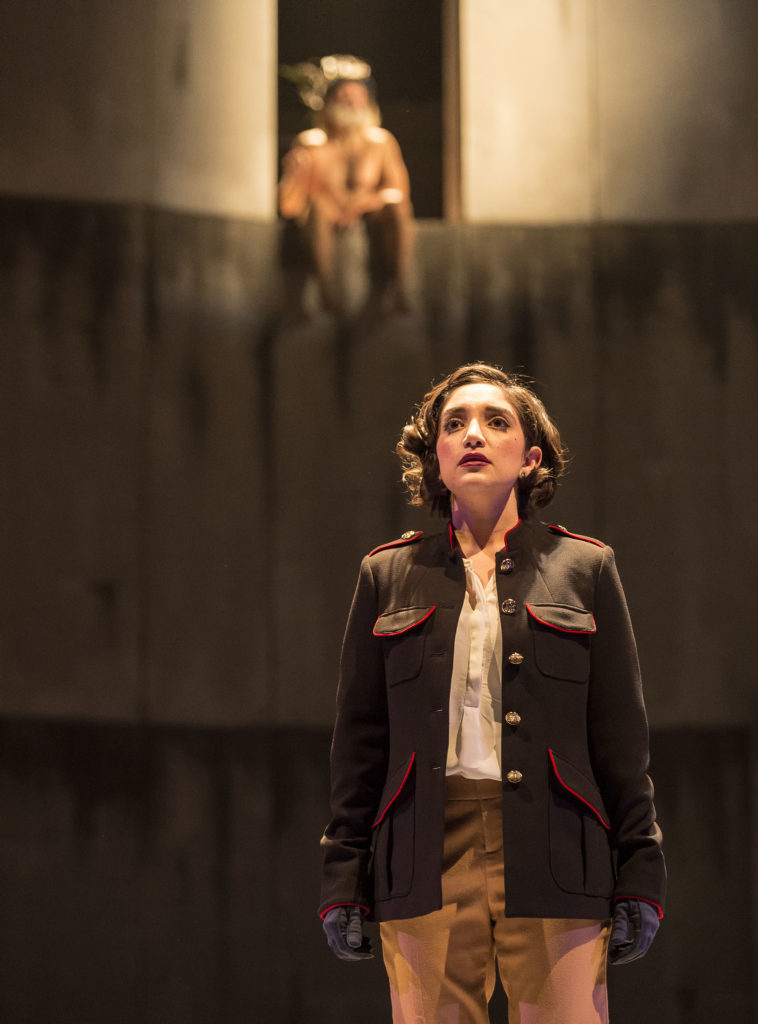 On the flip side, performing in these costumes so often means that they get worn down –  “My heels had to be replaced halfway through the run” Miller describes, “I lost count of how times my hose had to be replaced because of rips. Jewelry broke, and one vintage dress had to be repaired so many times, we had a backup just in case.” -Trisha Miller