The Unsung Heroes of ANW: our Volunteer Ushers

Our volunteer ushers make a huge difference in the experience of the theatre for our patrons. We share why a few of our most dedicated volunteers–Nova, Lawrence, and married couple Bambi and Ben–keep coming back and what they love about volunteering with us. 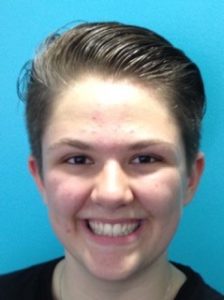 Why do you volunteer here?

Nova: I started ushering because I couldn’t afford to buy tickets. Now, it’s because I love this theatre so much and the people who are a part of it. I usher for every show at least three times and am immensely grateful to have the opportunity.

Bambi and Ben: We volunteer for the opportunity to experience the shows as part of the A Noise Within family. It mean so much to be contributing to the success of the productions, in our own small way.

Lawrence: I volunteer because I love theatre and want to stay connected to ANW.  I was an ANW intern in 2007 – 2008 and have been in several shows, the latest being Romeo and Juliet this past spring 2016.  Many of the resident artists and guest artists are good friends of mine and I want to see their work.

What is your favorite part of being an usher?

Nova: My favorite part of being an usher is getting to be behind the scenes. I always work in the theatre, so before the house opens I see all the actors warming up on stage and if I’m lucky, they’ll do a dance call or a fight call.

Bambi and Ben: Favorite part is when the lights go down and the show begins, as we know we’ve done our jobs and seated everyone successfully!

Lawrence: As an usher I really enjoy kibbitzing with the patrons, especially those who know me.  I also like greeting first-timers and making them feel at home.  It’s a chance to practice a bit of my acting skills, too. 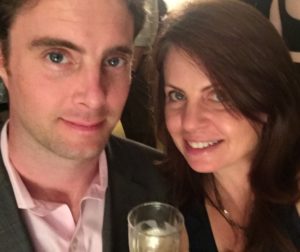 Bambi and Ben Fitzsimmons, Volunteers since 2003 and 2008 respectively.

What’s your favorite show that you’ve seen here? Why?

Nova: My favorite production I’ve seen here is easily The Threepenny Opera. I saw it six times and it’s what really pulled me into wanting to usher here all the time. ANW’s production was intense and meaningful and I absolutely adore the music from that show.

Bambi: So hard to pick after seeing so many…

Ben: I enjoy many of the powerful Shakespeare productions, but Steve Weingartner’s Richard III was particularly memorable

Lawrence: My favorite show of late has been Arcadia.  It’s a real tour de force because I can see how it might easily be incomprehensible if not done really well.  I also loved Noises Off, which was produced in the old space in Glendale.

Have you always had an interest in theatre?

Nova: Since I was 5, I wanted to be an actor when I grew up. I’ve taken many acting classes and been in many school plays since I was 9. I’m passionate about acting and theatre but may or may not pursue it seriously.

Ben: I have been involved in theatre, both on stage and in the audience, since I was old enough to remember, as I grew up near one of the biggest theaters in Wales. I made way for more accomplished actors once in college but continue to have a passion for well-produced theatre, which is why I look forward to each season of A Noise Within.

Bambi: My parents raised me on ballet and opera, and I transitioned through musicals to Shakespeare and other classics of theatre. A friend was an early company member at A Noise Within and they continued my education.

Lawrence: I’ve always loved theatre but my career took me in a different direction – music.  Since I retired a few years ago after 37 years with the L.A. Philharmonic I now have the chance to pursue acting. 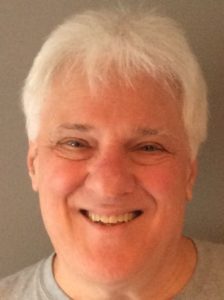 Lawrence Sonderling, Volunteer since 2007 or earlier.

Our season’s theme is Beyond Our Wildest Dreams. What play would do you dream of seeing on the ANW stage?

Nova: I would love to see A Noise Within do Pygmalion by George Bernard Shaw. No one I know seems to have heard of it and A Noise Within does plenty of plays that no one has heard of, which I appreciate immensely. I wouldn’t know about some of my favorite plays if I hadn’t seen them here. And I think Alison Elliott would make a fantastic Eliza Doolittle!

Ben: I would love to see Alan Ayckbourn’s The Norman Conquests – a comic trilogy set in different rooms of a house during the same weekend. It’s a masterpiece of timing and narrative structure. (Or I once saw a version of Macbeth translated by maverick director Ken Campbell into Bislama – the language of Vanuatu. That would be quite the experience to repeat!)

Lawrence: I would like to see Hamlet paired with Rosencrantz and Guildenstern Are Dead.  I would also like to see a festival of Shakespeare’s history plays, perhaps as the RSC has done, combining the Henry VI plays with Richard III.

When you see our ushers at the theatre, make sure to say thank you!