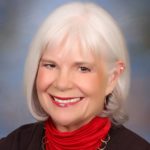 For the inaugural Resident Artist Reading Festival, Pasadena resident and self-proclaimed “avid season ticket holder” Diana Peterson-More has taken the plunge: she’s purchased a DREAMpass. And she’s here to tell us why.

Diana wears many hats. Between her work as a lawyer and an organizational development consultant, she’s still managed to remain a loyal ANW attendee for years on end. According to Diana, it was her work on the Pasadena Planning Commission that originally brought the theatre to her attention.

“I was thrilled to have played a small part of bringing this great artistic venture to Pasadena,” stated the former Commission member.

A long-time fan of our Words Within Resident Artist reading series, Diana expressed her excitement about the “all-consuming experience” she plans to have at the Resident Artist Festival this weekend.

“The readings are fascinating to witness; the actors are so passionate and good at their craft that they assume the character and move rhythmically while reading. It’s nearly as good as a production, since it engages the audience to use its creative juices, too!”

It was this excitement that lead to her ultimate DREAMpass investment.

“After having come to a few readings and fallen in love with the process, I figured the idea of an entire weekend was too exciting to pass up,” announced the theatregoer. “It’s a great diversion from one’s ‘normal life.’”

Not only is the Resident Artist Festival an immersive theatrical experience for anyone who loves the performing arts, it is an amazing way to support our talented RAs and the creative community as a whole.

“By supporting the work,” says Diana, “you can be part of ensuring that it will go on and on and on!”