Barbara Durham is a longtime subscriber to A Noise Within (23 years!). We asked her about her favorite performances and what keeps her coming back. Thank you for sharing your story, Barbara! 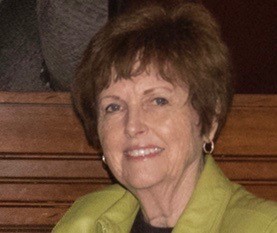 You’ve been attending ANW since 1993! What was the first play you saw? Do you remember anything in particular that’s stuck with you?

Unfortunately, I do not remember the “first play” I saw at ANW, but it was with a friend who told me about the theatre and I attended with her.  That was before 1993 during the second season.  I was a subscriber to the Oregon Shakespeare Festival at the time, and made an annual ‘pilgrimage’ with friends, to Ashland see all the plays we could in one week.  What struck me, was that ANW would provide me with a similar experience in my own area.  I wrote a check as a contribution when I attended one of the performances and continued to do so at other performances.

Thank you so much for being a long-time subscriber! Why did you originally decide to subscribe with us in 1995? What keeps you coming back every year?

I began subscribing because I loved the season and the company.  I also persuaded a couple of friends to join me.  What keeps me coming back every year is the company and how it has grown.  I enjoy seeing it mature and encourage and include new actors.  The staging and directing are exciting and always changing.  The new theatre is an important part of my attendance, but I would still attend even if ANW were still at the old theatre in Glendale.  I am very impressed with the youth outreach program ANW provides which not only affects ANW but all live theatre by developing new audiences.

We know you love to bring big groups of friends to shows; what encouraged you to start doing so? How often do you bring a group?

Over the years, I have attended with a number of friends, but one, Kay Baker, has always been with me.  In fact, her granddaughter, Kendal Lenton, was a student in the summer program some years ago.

What is your favorite show you’ve seen at A Noise Within?

It is impossible to say which one was my favorite, because they are all so different, enjoyable, and unique, but I do have one that I remember vividly.  “A School for Wives”.

What show are you most excited to see this season? Why? 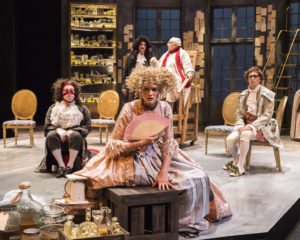 Well, I just saw “The Imaginary Invalid” and I was really looking forward to the production.  Julia is an amazing director and since I found out about her background in dance, I could see that background in the movement on the stage (or at least it seemed so to me).  I have never seen “King Lear” performed on stage, so I am definitely excited about seeing it in the Spring.

Can you share a favorite moment you’ve had at our theatre?

That is really a difficult question to answer.  I would have to say, any moment Deborah Strang is on stage is a favorite, but one favorite, I can’t.

Thank you for being a long-time donor and setting up a monthly gift! What made you want to support the theatre?

Live theatre is a passion of mine.  I have traveled to London on three occasions with a program through UC Santa Barbara, to see theatre on the West End and in Stratford.  Unfortunately, that program no longer exists.  I live in Ventura County and we have several small theatres that I attend here.  I am a subscriber to the Ahmanson and have attended with a friend for over 30 years. My fellow attendees (one from Palm Springs and one from Palmdale) decided not to renew, since their drives were very long and we are all aging.  As I said earlier, I subscribed to the Oregon Shakespeare Festival for many years.

A Noise Within is my special favorite.  I love to see the company, Deborah, Jill, Geoff, Robertson, William, and all the original members of the troupe.  I enjoy the new members that have joined.  This year, I have especially enjoyed Apollo Dukakis in “You Never Can Tell” and “The Imaginary Invalid”.  What a pleasure to see him shine.

To purchase a subscription or learn more, click here.

Tell us about your own subscriber story! Message us on Facebook or Twitter, or send us an email.