Home | Behind the Scenes, Company | ‘round Every Corner: YOU NEVER CAN TELL

‘round Every Corner: YOU NEVER CAN TELL

When we first heard that Shaw’s wonderfully warm comedy would be part of the spring season, we hoped that Ovation Award winner Deborah Strang would play the intrepid-yet-irascible Mrs. Clandon. Prayers answered! Here, Deborah shares her thoughts on this wonderful—but—seldom seen role. 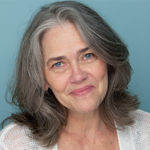 “Shaw tends to terrify me; for many of his plays, I never feel quite smart enough but You Never Can Tell is right up my alley. It takes a family of outspoken innocents and plunges them into the strange, foreign world of English society. It’s far more accessible—frankly, far more fun!—than some of his more didactic plays.

Who is Mrs. Clandon? She’s a hen of a mom, but in the best of ways. She’s a very modern woman with a decidedly scientific bent, but she’s not above displaying her emotions, often to alternately high-toned and (unintentionally) hilarious effect.

The play itself is a hoot. It’s got four acts, but the pace is rapid-fire and the witty barbs never stop flying. The favorite line I speak is: “I am sensible enough to be well aware that Gloria’s best chance of escape from you now is to become better acquainted with you.”

That said, there’s a warmth to this play that makes it so easy to embrace, plus lots of love: young love, missed love, and misplaced love. It’s almost Shakespearian, with twins and a masquerade that stands in for the Forest of Arden.

Stephanie Shroyer is directing, and she’s an incredibly spirited, smart, visual director; we worked together on Blood Wedding at ANW in 1993. And I just love the main message: you never can tell what lies behind the next corner, which is precisely what makes life—and this play—so very much fun.”

You Never Can Tell opens on March 6. Click here for tickets.