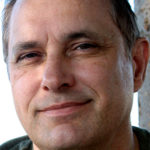 What made you want to pursue composing and sound design? Was there a concert, composer, or even show that influenced you?

In 1993 a playwright friend of mine had written a play as part of an evening of Halloween-themed shorts at a fire-trap in Santa Monica called the Burbage Theatre. He asked me if I’d like to be the sound and light operator for the run. I said yes, as I’d never done anything in theatre before; my background was in song-writing and musical performance. Over the course of the run, I became very familiar with what the composer had provided for their event. It was clear from the beginning that the playwrights and directors were not thrilled with the music she had composed, and by the end of the run I could hear in my head what that music should have been. So I thought I’d throw my hat in the ring.

Counting “As You Like It” in 2007 at the old space, Imaginary Invalid comes in at #13. I do not have a favorite. I tend to like the most recent play I’ve done because it reflects my compositional abilities at that particular time, but I think they all have their standout moments (at least to me)…

As a musician, how many instruments do you play? When you compose, which instrument(s) do you normally use?

I have a long history as a bassist but these days my primary instrument is classical guitar. I have studied piano extensively at various times in my life but have no facility for it now at all, other than using a piano keyboard as an input tool for computer. If I have to improvise something though, hand me a guitar or a bass and I can fake my way through most situations. For composition, I use a midi (musical instrument digital interface) keyboard and ProTools, which allows me to get just about any sound I need.

With The Threepenny Opera, you played a ton of instruments as a member of the orchestra! What was that like?

It was fun, and exhausting. For Threepenny, I played 2 guitars, banjo, upright bass and lap slide. Its always fun to learn new music and to have an opportunity to actually perform rather than just compose and record. I always have a great time playing live, and have had 3 opportunities so far to do that with ANW; Grapes of Wrath, Threepenny Opera, and a reading titled The Good Person of Szechwan. Next up is Man of La Mancha. 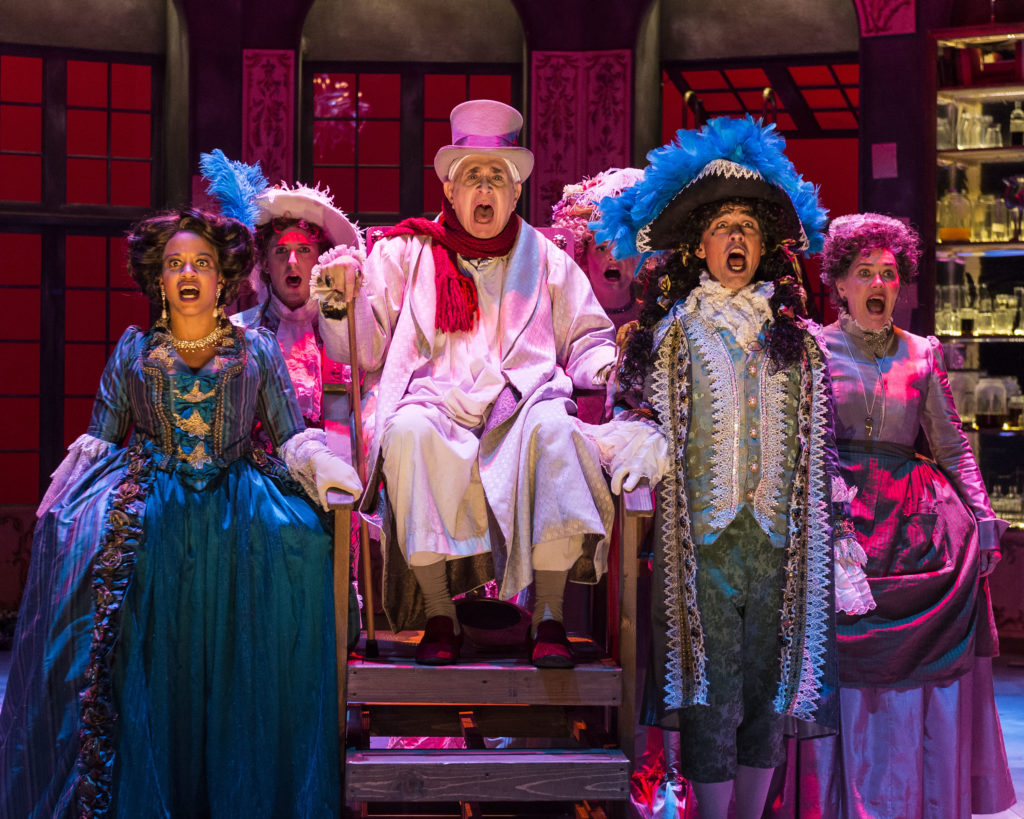 With Invalid, What feelings were you hoping to evoke with the overall tone of the music in the show? And how was the collaboration process with Julia and Angela?

Every show has a unique palette to some extent. For Tartuffe, it was accordion and violin. For Dance of Death, it was military brass band. For Pericles, it was guitar. For Imaginary Invalid, we were looking for instrumentation that could be both odd and quirky, but still become thoughtful and expressive during the vocal sections. So I focused on “the big 4” classical keyboard instruments – piano and harpsichord primarily, with organ and celeste. Then I filled it all in where necessary with orchestration and it seemed to work well for the play. I always enjoy working with Julia and Angela. Angela’s work with costume design is legendary, and she continues to amaze with her scent design work. Plus, she’s just fun to work with, as is Julia. Julia is one of the few directors I’ve encountered who really knows how to use music well, and that’s always a pleasant experience.

What is your favorite scene + music combo in Invalid?

I love all the “opera” sections because they’re unique, and because we have a great cast supporting them. Technically though, I would have to say I like the kitchen bearded-Toinette scene the best because of how it’s put together. There are 9 composed music loops. Each one is a half-step higher than the previous, and introduces an additional instrument. You only hear one of these loops at the beginning, but all nine are actually playing from the top. The volume is up on the first, and down on all the others. Then, on a called cue, an “orchestra hit” in the next key plays and QLab changes the volume of the appropriate loop and turns down (then stops) the previous loop. These 9 called can be called at anytime, and the rhythm is always constant. It simply sounds like the music is modulating up with each called cue.

Can you share any other fun behind the scenes info?

The melody Angelique sings to “This is the worst day of my life” at the end of Act One can be very faintly heard as she’s discovering her father dead on the table near the end of the play. As a composer it’s fun to find places and ways to reinforce themes, sometimes almost subliminally.