Michael Frayn’s side-splitting, critically-acclaimed farce Noises Off is making its much-anticipated return to our stage this season, setting up for hysterical laughter, actors running amok, and drama both onstage and offstage.  To prepare for the show, we went behind the proverbial curtain to talk to Fred Kinney, Set Designer for our production of Noises Off.

Could you tell us about how the set functions as a character in Noises Off, and how you’re making that set your own?

The set has to allow the actors the physicality that’s demanded in the script. It’s very much a well-made play in the fact that it has certain requests of the stagecraft for the action. You find your freedom in the stuff it doesn’t dictate. The script doesn’t dictate color, it doesn’t dictate period, it doesn’t dictate the overall style. You could do Gothic, Victorian, Revival, Tudor. I think you could even do a hyper-modern version. No one really has yet. 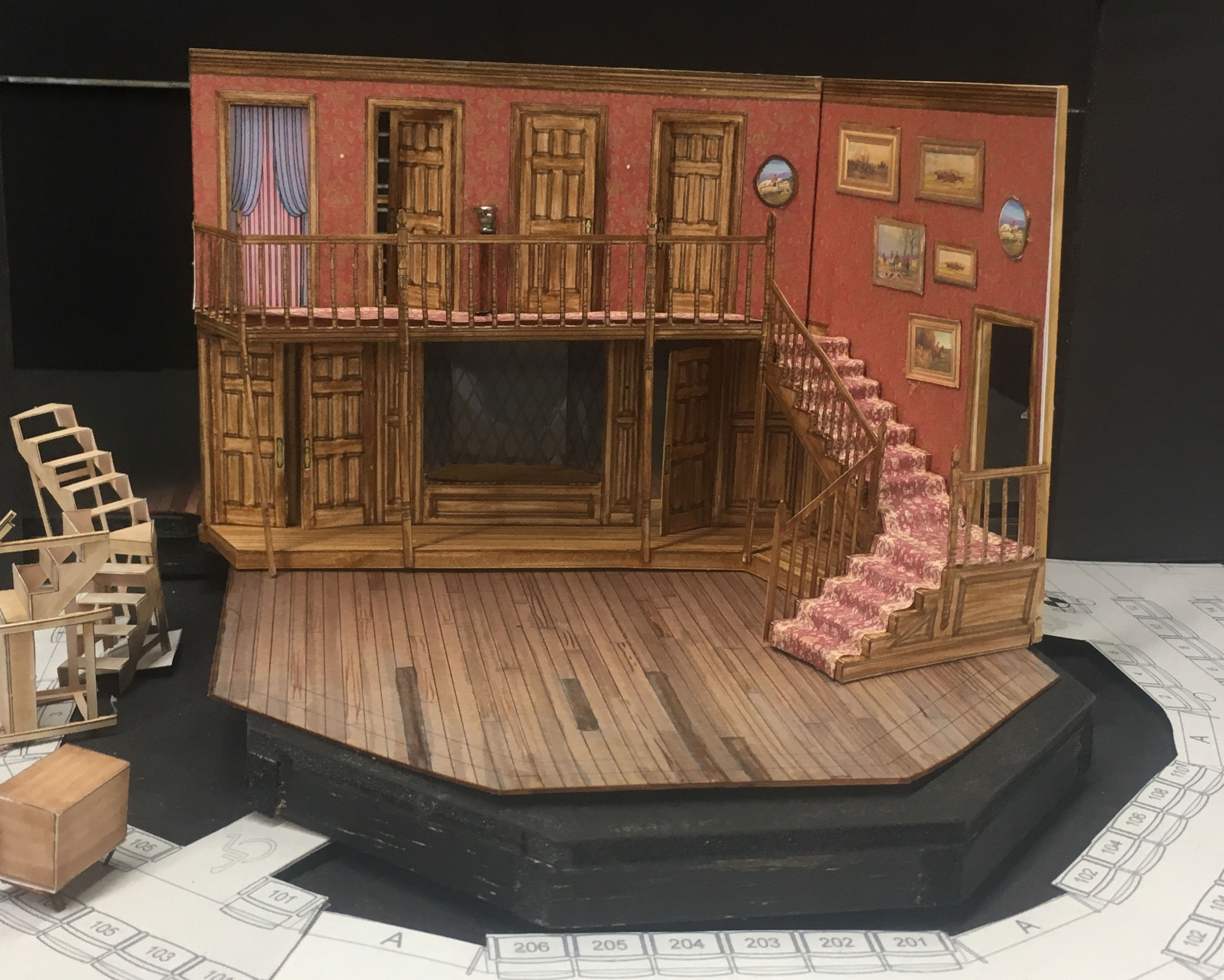 For A Noise Within, we want to nod to what was produced back in 2011, but we’re now doing all the things we wanted to have that they couldn’t have the first time. We’re in a bigger space now. We’re going to use the height of the space better, which is going to be better for the lighting and for the big pratfall down the stairs.

What makes the fiasco in Noises Off?

Part of a fiasco that makes it a fiasco is that you have to strive for greatness. For example, let’s say you’re making lunch for your mom. Even if you ruin lunch, but you try to do a normal lunch, that doesn’t reach the level of the fiasco. You have to say, “I’m going to have grilled shrimp, fresh mozzarella flown in from New Jersey, and these other foods that are my mom’s favorite, and beautiful silk doilies on the table…” And then the cat comes in and pulls the doilies and so on. If you’re making toast and jam and coffee, what’s the worst that can happen? You break the coffee mug and the jam falls on the floor. You can’t do much. In the same vein, [the Noises Off set] has to have a certain level of wanting to be good. If all we did was a minuscule, dinky set, you can’t have much of a fiasco. But the set has eight doors, and it’s supposed to be a posh place, on a tour that’s a little rinky dink but requires a big set and lots of props. It sets up for a big level of failure.

At the same time, you have to build it safe but make it look unsafe. Like a Disneyland ride. The Imagineers want to make it look thrilling and dangerous but not actually be either. You can’t make the [Noises Off set] look safe so that it takes the audience out of it, but still make it seem like the actors are in peril.

What was the first set you designed for A Noise Within?  And what’s a theatrical disaster that’s happened to you behind the scenes?

I did a farce called A Flea in Her Ear.  It was the very first show I did, and I built [the set] too tall for the proscenium.  It showed up two inches too tall, so then we cut the proscenium three inches taller.  I’ve never had to do that at a theatre before.  I have to make sure this set fits this time!

We wish good luck to Fred Kinney and the rest of the cast and crew to put on the most professional unprofessional show we’ve ever seen! Tickets to Noises Off are on sale now.