In preparation for the first show of our 2016 Fall Season, the show’s director, Geoff Elliott, answered our questions about Arcadia – Tom Stoppard’s most chaotic, time-blending theatrical work. 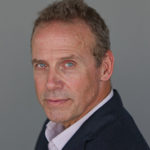 Why did you choose Arcadia? What about it piqued your interest?

Simply put, it’s a work of genius. The best play Stoppard has written, in fact.

Admittedly, I wasn’t terribly familiar with the show until recently. It wasn’t until a few months ago, when the Words Within Resident Artist Reading series did a performance of Arcadia, that I realized it was extraordinary.

I actually tried reading it a few years ago, but I didn’t totally grasp it. I stopped reading halfway through. As with all great plays, it hits you at a certain time in your life. Sometimes it better parallels your life circumstances; sometimes it’s simply the result of maturation. Whatever the reason, Arcadia is the kind of play that allows you to make connections with your own life the more you read it. You begin to realize the show is really about relationships. About how we communicate love, sex, and death. Everything we’re all fascinated by is hidden under the surface of these seemingly scientific connections.

That’s something about this show that truly marks it as unique – its ability to take scientific concepts and realign them to things we all understand.

What about it did you feel was so fitting for the 25th Anniversary?

For the 25th Anniversary, we chose each play based on what we feel ANW is best at. We tried to fill the slots with the kind of plays we’re dedicated to (e.g.: Shakespeare, Molière, The Great American Classic, the rarely produced classic, etc.) Arcadia fits particularly well; it’s a contemporary play, but it has such a resonance with the past, as it alternates between 1809 and the present day. Its shifts are seamless and carefully constructed – a beautiful balance of classic and contemporary.

Aside from its clear exhibition of ‘classic theatre, modern magic,’ Arcadia is also a great show for our company; each of the roles is perfect for our Resident Artists.

The play was only written about 20 years ago. How does it fit in with ANW’s standard of classical theatre?
We choose plays that we know have such a universal appeal that they’ll be performed 200 years from now. Arcadia is one of those plays. It says timeless classic from a mile away.

What’s something people would find surprising about the show?

Above all, people will be surprised by just how moving the play is. Those who are familiar with the play – anyone who’s seen it, heard about it – know that it sounds scary intellectual. It touches on everything from Fermat’s last theorem to chaos theory – definitely scary at the forefront for us mere mortals. But as it unfolds, people will realize the show is really about relationships. And, most likely, they’ll recognize relationships they have in their own lives. It is so utterly universal.