On Wednesday, January 11th, the artists of this spring’s King Lear assembled for the very first time! Joined by ANW staff and a group from Monrovia High School*, the cast and crew introduced themselves and settled into Lawrence Rehearsal Hall—their home for the coming few weeks. 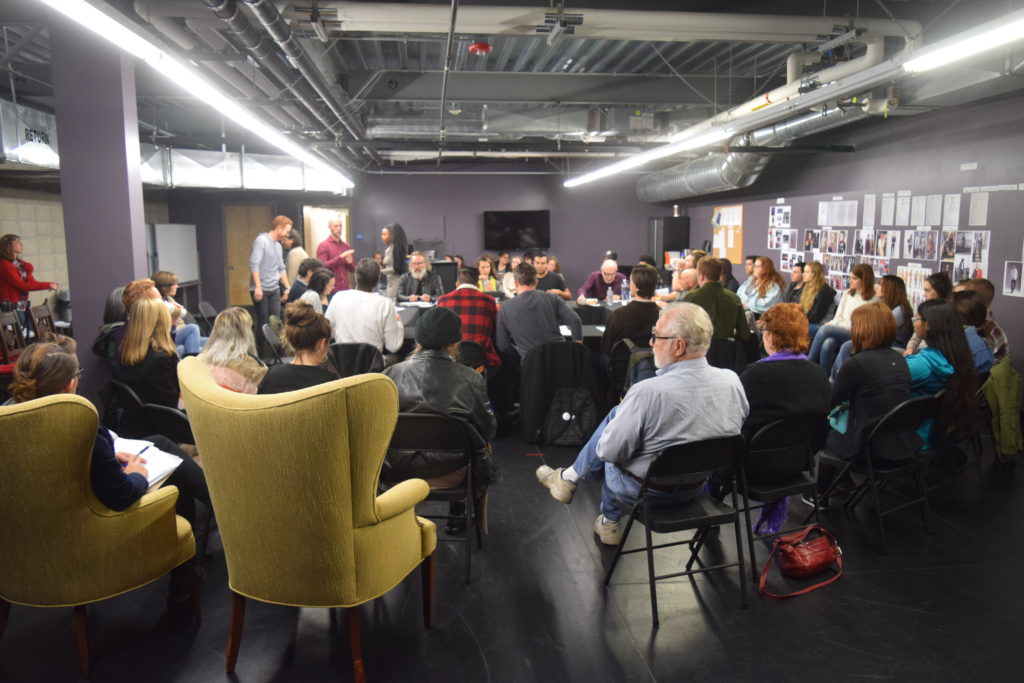 The evening began with designer presentations. Scenic Designer Fred Kinney kicked off the evening by showcasing his scenic model and his vision for the show. Since Costume Designer Angela Balogh Calin was unavailable, Director Julia Rodriguez-Elliott stepped in to describe the costuming vision with images spread out over the back wall of the space. Composer and Sound Designer Robert Oriol was also on hand to share his first thoughts on the score for the show.  It’s the first time that the cast gets to hear about the director’s and designers’ ideas for the play even though production meetings have been held for the past few months.

After a short break,  the table read began! It’s everyone’s first chance to hear the play come together. While some of our resident artists have worked with each other for years, other actors are brand new to the company. Regardless, there’s always a sense of community and excitement during these first read throughs. 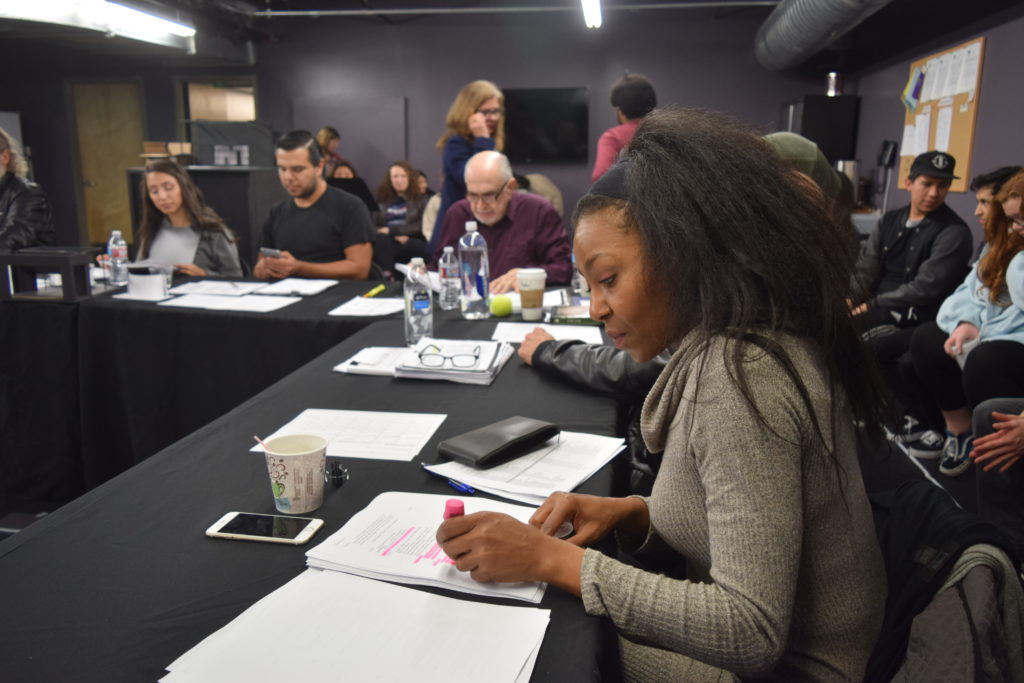 And just like that, rehearsals for King Lear are in full swing!

*Through our partnership with Monrovia High School, students from Nate Overby’s theatre class attended our first rehearsal of King Lear in preparation for their own production of King Lear, which they will perform on ANW’s stage after seeing a Student Matinee performance in March.

Interested in attending a future first rehearsal? Click here to learn about our donor benefits and join us in Lawrence Rehearsal Hall!

See them on stage starting February 12th! Click here to find the perfect date and time for you.

Want to learn more about our production of King Lear? Check out the show page for costume renderings, costume inspiration and close up pictures of the scenic model!