We are so pleased to welcome Margaret, Armando and Bill to the ANW Board. Development Director, Amy Nance, comments “each of them bring a unique set of skills and perspectives to the Board, and we are thrilled to have them as a part of the ANW family.”  Read on below to get to know them a little bit better! 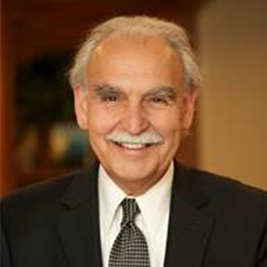 Armando L. Gonzalez, FAIA, is Founding Partner and Principal Emeritus of Gonzalez Goodale Architects and a member of the College of Fellows of the American Institute of Architects. He is a passionate advocate of local hospitals as a lifetime trustee of Huntington Memorial Hospital, board chair of Queen of the Valley Hospital, and past board chair of Citrus Valley Health Partners. Armando is also active with many other local organizations including the Flintridge Center, Caltech Associates, Centro Latino for Literacy, and Pasadena/Foothill Chapter of the American Institute of Architects. 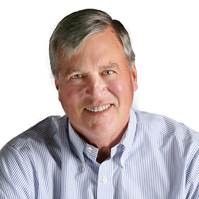 Bill Kennedy began his career in journalism as a reporter in his native Philadelphia in 1969 and retired in 1993 as head of a $175 million newspaper group owned by News Corp.  A graduate of Harvard University, Bill has extensive non-profit experience – mostly in development and finance committee roles — in Southeastern Massachusetts where he lived and worked for 20 years prior to his retirement.  He has served on the boards of the Boston Lyric Opera, St. Paul’s School (Concord, NH), UMass Dartmouth Foundation and the New Bedford Whaling Museum, where he co-chaired a successful $12 million capital campaign.  He is a former president of the Massachusetts Newspaper Publishers Association.  Upon his retirement, Bill and his wife Priscilla moved to Pasadena, but continue to spend summers in New England.  Bill is now the Development Chair for Pacific Opera Project, a board member of Metropolitan Associates and writes feature articles for the Colburn School and for BRAVO, the magazine of the Opera League of Los Angeles. 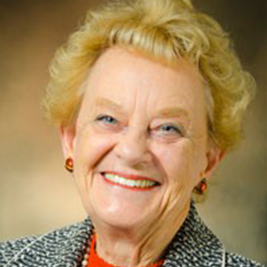 Margaret Sedenquist is an accomplished realtor, philanthropist, and community volunteer residing in Pasadena, CA. Margaret currently manages a property management company, a plastic factory, and she is the founder of the Commercial Pacific Bank.  She was named Pasadena’s Woman of the Year in 2011. Margaret also volunteers her time for numerous organizations local including the University of La Verne, Pasadena Symphony and POPS, Five Acres, All Saints Church, and many more.