Home | Behind the Scenes | “Farewell, My Lovely”: Best to Juliana McBride 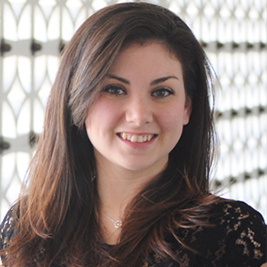 Resident artist and stage manager Juliana McBride, whose efforts have contributed so much to the success of shows at A Noise Within, has shared her plans to take a sabbatical to spend more time with her (darling!) future first-grader Caeli—and marry her fiancé, Austin.

Juliana’s career is proof positive of the importance of keeping our eyes—and options open. Originally an English major at Citrus College (with plans to teach high school), she came to a performance of Julius Caesar at A Noise Within’s former Glendale home with her creative writing class. “It turned out to be one of the coolest things I’d ever seen, and I was really inspired by the show. In fact,” she says, “it made me change my major from English to theatre arts after I transferred to Cal State Long Beach (with an emphasis in performance).” There, she performed in The Trojan Women and several other smaller shows.

She found that she loved acting but “I hated auditioning! If you don’t love being an actor it’ll kill you, so I went hunting for a different niche. I’m super-organized, and love learning new things—so stage management seemed a good fit for me. My first assignment was to manage a grad student show, directed by Joanne Gordon, dean of the theatre department:  Dream of a Common Language, a weird feminist play. I loved every aspect of managing the stage.”

After graduating, Juliana applied to 99-seat houses for stage management positions, and worked at the Met Theatre and the Theatricum Botanicum, where she started as a production assistant, then became assistant stage manager. Seeking a larger role, she applied to A Noise Within—and didn’t get hired. But persistence pays off:  Juliana came back and interviewed with then-production manager Meghan Grey, and was hired to stage manage A Christmas Carol.

“To be frank, it was a struggle,” she admits—“the biggest show I’d done, with so many moving pieces and transitions in so short a period of time.” After ACC closed I sent an email to Julia and Geoff, in which I basically apologize for my shortcoming and asked for guidance on what I could improve upon.  But I guess I wasn’t too terrible, because Geoff hired me for Endgame,” Juliana laughs. “With that show, I was able to show what I was capable of. That led to Tartuffe, after which I was honored to have been made a resident artist.” This, she says, “was very humbling given the talents of the other RAs—dedicated, remarkable artists all—and to know that Julia and Geoff had such faith in me.” (Since then, she has stage managed The Tempest, Julius Caesar, and The Threepenny Opera, as well as three seasons of A Christmas Carol.)

“While no one can see the future,” Juliana admits, “I love working with Julia, Geoff, and all the people here—and hope that my life will be shaped enough so that I’ll be able to return to this wonderful organization.” We hope so, too—and all the best to you, “Jewels!”