Home | Behind the Scenes, Company | “Embrace the wackiness!” of Shaw’s You Never Can Tell

“Embrace the wackiness!” of Shaw’s You Never Can Tell 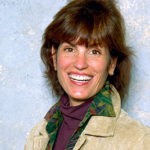 “What family is not peculiar?” asks Stephanie Shroyer, guest director of George Bernard Shaw’s You Never Can Tell. “Embrace the wackiness!” extols Stephanie, who is an associate professor at USC’s School of Dramatic Arts (where she is also Associate Artistic Director). She’s speaking of the Clandon family, who return to Britain after nearly two decades of life in Madeira—but could easily be talking about our own clans. “In their wackiness there is an incredible universality, which is why this play speaks so directly—and, yes, charmingly—to audiences.

“These people are outsiders, yet they’re not so very unlike any of us,” Stephanie believes. The very first time I read this play, I said to myself, ‘These are absolutely characters I share DNA with—and love.’

The art of Shaw is that, whatever the characters’ eccentricities, we take these people seriously. And that’s easy to do, because these characters all believe in who they are, even when others don’t. At the same time, part of them is looking for validation—and I think that’s something we can all relate to.

“We not only cheer these characters,” Stephanie says with a smile, “but respect them, too. In fact, we love them. I think that’s because each character has a compelling belief in their own universe, even when other folks don’t. Where the humor—the great, good humor of this play—comes in is when these varying universes, even within one family, collide with each other!”

Why do these characters have the ability to transfix us, more than a century after the play was written? “It’s because we want them to succeed,” Stephanie shares. “There’s a combustible element in all of Shaw’s work; whatever the interpersonal fissures, there’s always the potential for coming together. I get so excited about working on Shaw because there is such strong attraction between the characters in the wonderful sex organ of the mind. But relationships are so easy to fracture.

In fact,” she says, “sometimes we have to go the ends of the earth before we ever find a way to navigate our differences—and that happens quite literally in this play. I think people are going to hold their breath and cross their fingers when they watch this show—that’s certainly my goal. We love the crackling electricity of these characters and see the potential of the separate particles coming together at the end of the play. For a Victorian play, there’s real sexual tension here!”

Stephanie continues: “There’s something else I love about these characters: They all believe that the world they grew up in is how the world works. And because there are so many different backgrounds represented, we see the joy in each of them, even if they do appear slightly offbeat at first. What at first glance might seem random turns out to be utterly wonderful. Yes, you can definitely say that this is Shaw’s warmest, gentlest play.

I really think,” Stephanie says, “that the message of this play lies in its title: really, truly, when it comes to this life, you never can tell. I don’t want to give away the plot, but for me the waiter at this spectacularly funny family lunch is key. Let’s just say this: he is someone who has great experience in getting people through life. It’s as if he is saying ‘You are here to learn to see; learn how to see. That is what we need to investigate together. This character, though he lacks the social capital of some of the others, has taken the time and value of seeing – and he reaps the benefits of knowing this fabulous fact of life.”

George Bernard Shaw’s You Never Can Tell runs from March 6 through May 15 at A Noise Within. Click here for tickets.