As we wrapped up the heartfelt holiday classic A Christmas Carol, we also geared up our stage and Resident Artist Rafael Goldstein for a photo shoot for our upcoming production of Shakespeare’s Henry V. You might know Rafael from past shows, but you won’t recognize him after his transformation from the sweet-faced audience favorite to ferocious warrior king. Thanks to the work of photographer Daniel Reichert and makeup artist Klint Flowers, as well as a blast of Led Zeppelin music to set the scene, our Henry looks like the King of Rock ‘N’ Roll.

You’ve never seen Henry like this before. Shakespeare’s world and our world collide to create a modernized aesthetic of the historical warrior and ruler. Our rendition of Henry V promises to get down and dirty with the art of war as Henry wrestles with what it means to be a good leader and a good man, while nationalism rises and war is unleashed.

Enjoy the sneak preview of what’s to come in our show! 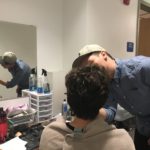 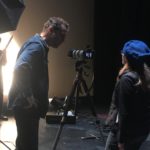 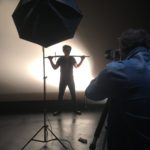 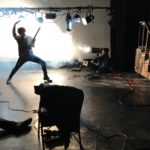 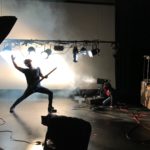 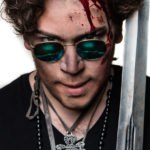