The American Dream, a summary

The highly anticipated The American Dream: A Resident Artist Reading Festival was a huge success – an auspicious start to the many wonderful events planned around this, our milestone 25th anniversary season!

From July 22-24, more than 500 patrons enjoyed six classic American plays, along with delicious food and beverages from an array of local businesses. Throughout the weekend, we ran an opportunity drawing. Patrons interested in some quality face time with their favorite artists bought raffle tickets and deposited them in eight blue boxes neatly arranged on a table in the lobby.

The money from each ticket went toward the Artistic Freedom Fund which honors the extraordinary talent of our artists, increases their opportunities for professional development, and empowers them to create original translations or adaptions. Thanks to our amazing community, the DREAMpass tickets, donations and raffle tickets sold over the three days of the Festival raised over $10,000 for the Artistic Freedom Fund. 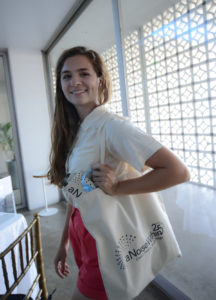 Did you miss out? Management Intern and Resident Artist Festival Producer Sophia Brackenridge is here to provide a quick summary of what happened during the three-day festival.

“The air was electric. Patrons having heated discussions over dinner about what they had just seen. Actors filing up the back stairway to prepare for the evening readings. And words, words, words from some of the greatest American playwrights. We were all living the Dream that weekend.” – Deborah Strang, Resident Artist and RAF committee member

“Attending the Festival with a DREAMpass was like a mini-vacation. The play readings were extremely vivid and well executed. The intensity of the weekend experience was transporting sans transportation tie-ups for this Pasadena resident.” – Sandy Greenstein

After each play there was an enthusiastic Q&A, and the buzz of people’s discussion led them straight into the second half of the day with Christopher Durang’s one-acts, The Actor’s Nightmare and Sister Mary Ignatius Explains It All for You playing back to back on the Redmond Stage. 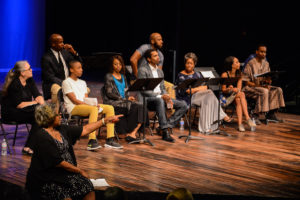 Director Saundra McClain leads the A Raisin in the Sun post-show conversation. Photo by Shawn Harris.

“The power of such intimate readings, coupled with dining and speaking with the actors made for an extraordinary Playgoing experience.” – Diana Peterson-More

At the same time, Tennessee Williams’ one-act, 27 Wagons Full of Cotton, played in the newly renovated Lawrence Rehearsal Hall. ANW’s Lawrence Rehearsal Hall is a multi-functional space used for education classes, rehearsals, and various events throughout the year. The hall has just recently been renovated thanks to a generous grant from The Ahmanson Foundation. There was a sense of excitement from the audience members as many had never been inside the room before.

“It was both artistically and administratively exceptional.” – Rebecca Bowne, ANW board member

…You’ll find out soon! Until then, save the dates for our other 25th anniversary events, celebrating our artistic, production, and community initiatives:

Click here for more festival highlights and all our opportunity drawing winners!

We wish to express our gratitude to the Performers’ Unions:

through Theatre Authority, Inc. for their cooperation in permitting the Artists to appear on this program.