Every month, we’re inviting pass holders to share their ANW stories. This month, Greg Weisman (pass holder since 1994) tells us about his love of theatre, his favorite picks of the season, and what keeps him coming back each year. 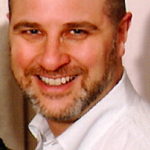 How did you discover ANW?

Back before I had kids, I used to chase Shakespeare plays all around Southern California and beyond. I was borderline obsessed with this “hobby.” So I first came to an ANW show at the Masonic Temple in Glendale to see Shakespeare. The Tempest, I believe. (But I’m honestly not sure.) I kept coming back for the Shakespeare, eventually expanding to the other shows.

Do you have a favorite experience here/is there a play you particularly enjoyed/what do you love best about ANW? 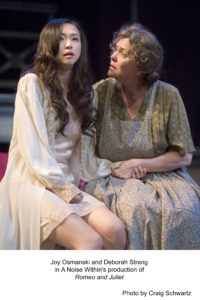 Quite a few, actually. Very fond memories of the version of A Midsummer Night’s Dream where “Thisbe”‘s performance became real under Titania’s influence. Also loved the Great Expectations production that ANW used to do annually. Loved to take my kids every year to see the Oscar Wilde fairy tales too. And I’m very fond of the production of Romeo and Juliet in which Deborah Strang played the Nurse, as it led me to cast her as Aunt May in The Spectacular Spider-Man cartoon that I produced.

What made you want to be an ANW pass holder?

Simply great shows, year after year. Once my kids were born, and I had less and less free time, ANW became my surviving theatrical fix. Until she passed away at age 101, I took my grandmother to every single show. Always had to call and confirm that the elevator at the Masonic Temple was working though. She couldn’t handle the stairs there.

What are you most excited for in the 1617 season?

Without a doubt, Arcadia. I’ve been begging Julia and Deborah to consider this play for years. I absolutely adore it, and I know ANW will do a killer job putting it on stage.