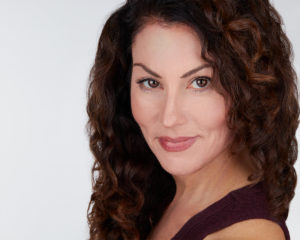 OTHER THEATRES: Abby is a long-standing company member of the Will Geer’s Theatricum Botanicum and was recently seen as Ivy in the Ovation nominated August: Osage County. A few favorites at Theatricum include Cleopatra in Antony and Cleopatra, Abigail in The Crucible, Nina in The Seagull, Milady in The Three Musketeers, and many many more. Her performance as Nora in A Doll’s House at the LA Rep. Company and Abigail in The Crucible garnered her a Backstage West Garland performance award. She has performed regionally in Portland, Sante Fe, and Santa Barbara as well as extensively in Los Angeles.

FILM/TV: Credits include Simulator in Cars 3, Kara in Upgrade, the Emmy Award-winning documentary Bloody Thursday, After Midnight, and The Smell of Water. Her voice can be heard on numerous games, commercials, animation, and over 200 audiobooks.

EDUCATION/TRAINING: Abby hails from the East Coast and attended Boston University’s theatre program as well as studying in Los Angeles with Larry Moss.

More about Abby on our Blog:

Arcadia: Meet the Characters
Asked and Answered: Arcadia
Six Characters in Search of An Author: Abby Craden is The Mother