An art exhibit by Carolina Caycedo

Cosmotarrayas is a series of hanging sculptures assembled with handmade fishing nets collected during the artist’s field research in riverine communities affected by the privatization of water. The nets are intervened with a variety of objects that she acquires in a range of locales or that come from her personal archive. Some of the nets were given to the artist by friends or acquaintances in the sites she visits, while others were purchased in local markets or commissioned by the artist. The Cosmotarrayas works are embodiments of people the artist has met during her travels and their stories of dispossession and resistance; the series operates as a connector between her activism and community involvement and her studio practice.

The net, with its combination of porousness and strength that comes from its rhizomatic structure, reflects the inherent connectivity among beings. The word “atarraya” translates to “cast net” and comes from the Arab word “atarrahar,” which means “to throw.” Caycedo’s work argues that we must reimagine and reorient our relationship to water, to resist notions of the river as a resource to be exploited and, rather, to understand it as a living entity that has an almost endless capacity for giving and sustaining when cared for. To throw a fishing net affirms the river as a common good. The Cosmotarrayas series  makes part of Caycedo’s ongoing project Be Dammed, that  examines the ecological, economic, and psychological impacts of dams building and water extractivism. 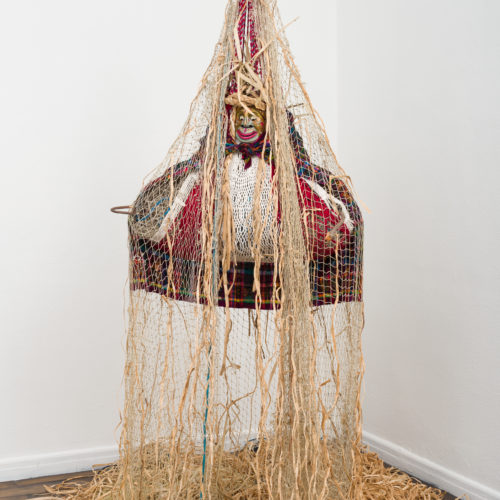 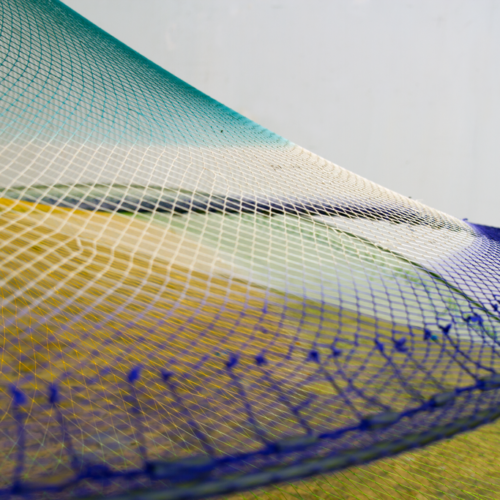 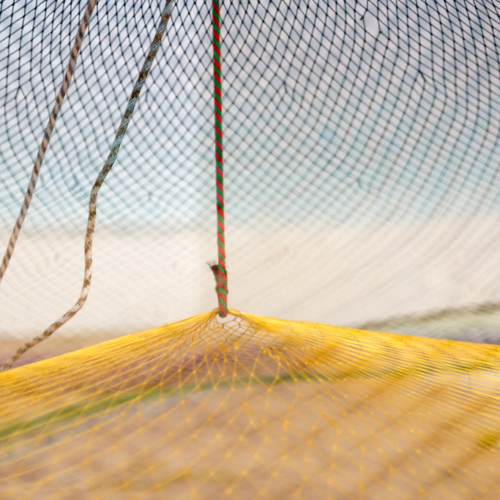 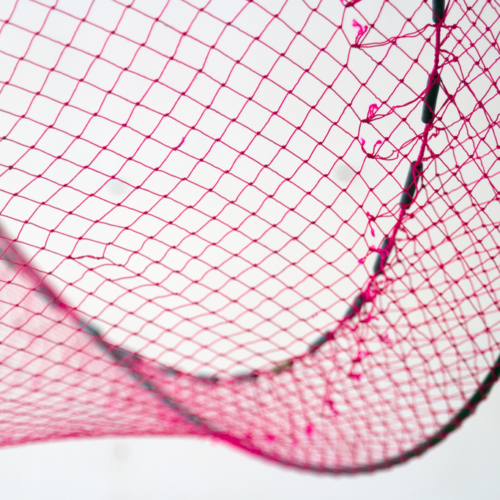 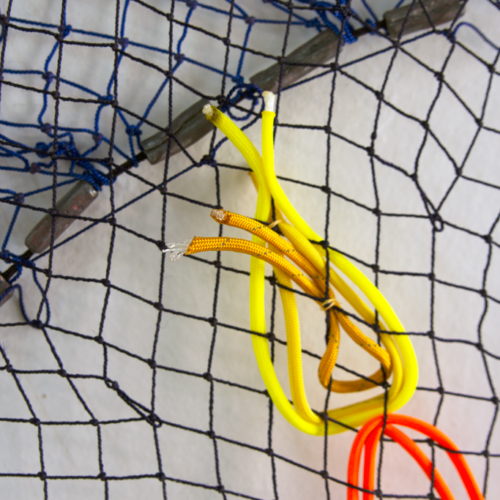 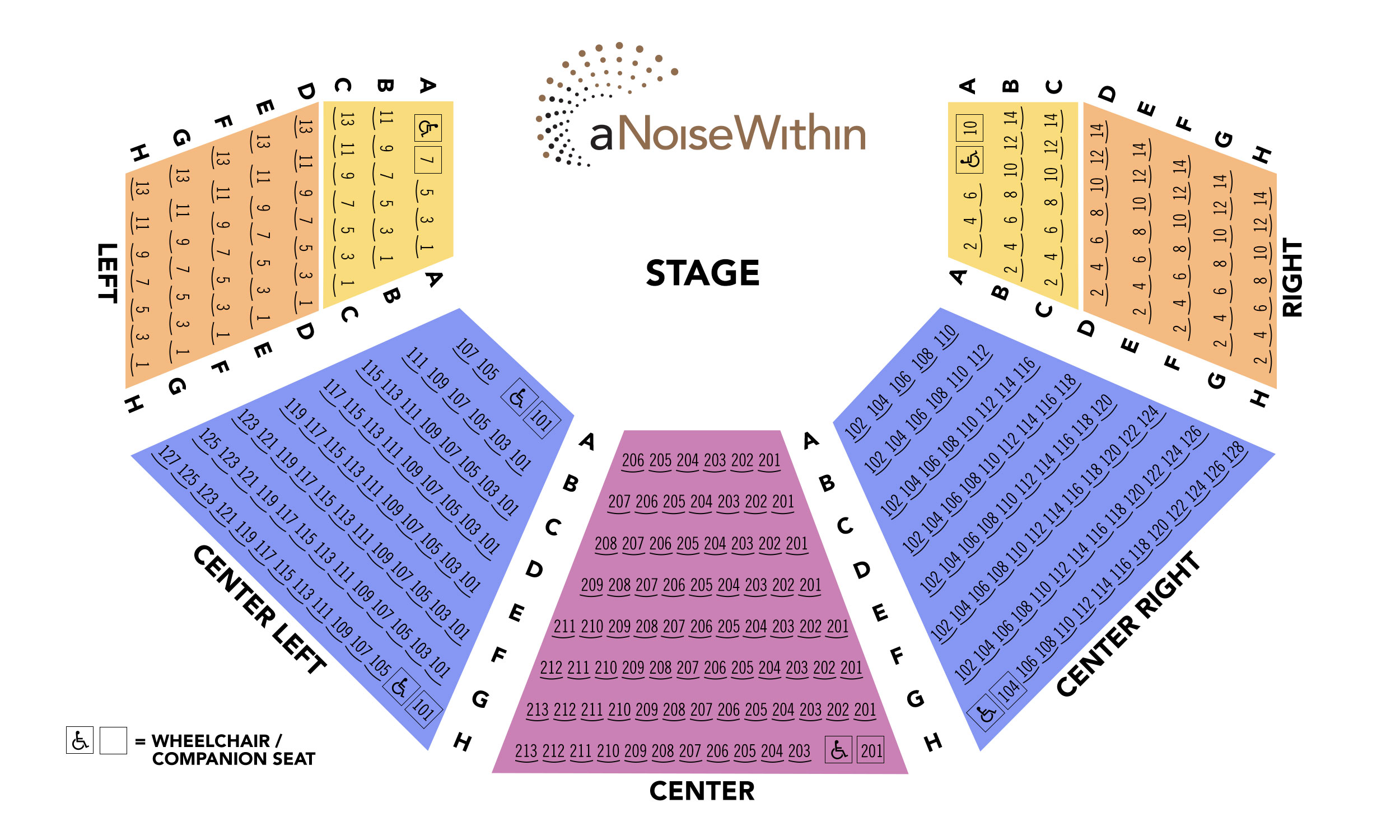