Michael Michetti, Director of Mrs. Warren’s Profession (Oct. 8 – Nov.18), shares his opinions on what surprises him about the continued relevance of this play and the elements that don’t quite hold up after two centuries.

As I read George Bernard Shaw’s brilliant Mrs. Warren’s Profession today, 124 years after it was written, I am shocked by how modern his arguments still sound regarding feminist issues and income inequality. When it was first produced, however, audiences and critics were shocked for very different reasons. 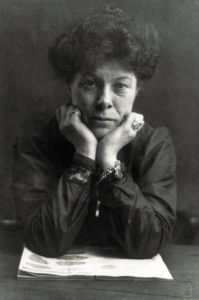 Fanny Brough as Mrs. Warren in the 1902 London production.

The play was originally banned by the Lord Chamberlain in 1893 and not performed until nine years later, and then only in a private club. When it was eventually produced in New York City in 1905, a critic wrote that “It glorifies debauchery,” and the entire company was arrested for “offending public decency.”

But the play wasn’t considered scandalous because of lewd scenes or vulgar language. In fact, the play is so circumspect about its subject matter that the words “prostitute” and “brothel” are never uttered in the play, only very vaguely implied. On the contrary, audiences and critics of the period were offended because the title character isn’t reviled or punished for her profession. 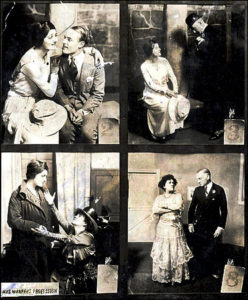 Photographs from the 1918 production of George Bernard Shaw’s production of “Mrs. Warren’s Profession,” directed by and starring Mary Shaw (pictured in the two lower frames)

There are things in this play that I do find offensive. I find the circumstances that limit a woman’s choices to a life of poverty or a life of prostitution offensive. I find Crofts’ justification of Capitalism at the expense of those who are disenfranchised in society offensive. Shaw posits that the real immorality in the sex trade is the poverty that forces women into it. His play indicts a system in which prostitution is the only financially viable option for women.

Unfortunately, issues of gender parity and income inequality have not been resolved in the last 124 years. We are still struggling to dismantle systemic discrimination and unconscious bias. But until we have evolved enough that these topics are no longer relevant, we can be thankful for revivals of Shaw’s remarkably modern play to help remind us of how much work there is still to do.