Life On Stage: Autobiographical Influence in Williams’ The Glass Menagerie

“In my early plays I created from my family—my sister, mother, my father’s sister.” — Tennessee Williams in an interview with The New York Times in 1975

Early in his career, Tennessee Williams often looked to his family and his own life experience for writing inspiration. Indeed, Williams’ first major success, The Glass Menagerie, is considered to be his most transparently autobiographical work, as it appears to mirror many aspects of his early adult life featuring characters based upon his mother, sister, and himself. 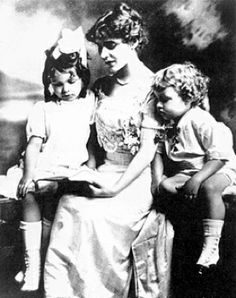 Edwina reading to her children, Rose and Tom.

Edwina Dakin Williams, Tennessee’s mother, played a significant role in his upbringing. Because Williams’ father worked as a travelling salesman, and spent much time on the road, Edwina became primarily responsible for raising her children. The daughter of a strict minister, Edwina grew up in the South. When the Williams family moved to St. Louis, Edwina maintained traditional Southern values much like how Amanda hangs onto her past and Southern roots. While Williams spent a considerable amount of time with his mother as he grew up, his father, Cornelius Coffin Williams, remained relatively absent. Cornelius struggled with alcohol abuse much like Tom’s absent father in the play. As a travelling salesman, he often expressed his frustration at feeling too tied down to his family. While Tom’s father in the play goes so far as to abandon Amanda, Tom, and Laura, Cornelius never acted on his frustration to that extent.

Throughout his early life, Williams had a very close relationship with his sister, Rose. Unlike Laura, Rose was popular in school, at least for a time, as Williams recalls in his memoir. However, as Rose and Williams grew older, Rose began to exhibit anxious and erratic behavior. In St. Louis, Rose attended Soldan High, which is the name of the school Laura attends in The Glass Menagerie. Like Laura, Rose dropped out of school. However, instead of staying home after dropping out, Edwina sent Rose to a boarding school. While away at school, Rose began to struggle with her mental health.

Over the course of ten years, Rose suffered through a number of nervous breakdowns and was eventually diagnosed with schizophrenia. Before her official diagnosis, though, Rose made her debut into society and fell in love with a man who did not reciprocate her feelings— not unlike what happens to Laura in the play. After her debut, Rose’s mental health began to deteriorate. She was admitted to St. Vincent’s Catholic Sanitarium in St. Louis. In 1943, Rose received one of the first performed prefrontal lobotomies. A few months after the procedure, Williams began to write the first draft of what would become The Glass Menagerie. While Laura does not suffer from mental illness in the same way Rose did, Williams incorporated Rose’s struggle and sense of isolation from the world into the character through Laura’s paralyzing shyness and difficulty walking.

Tom is often considered to represent Williams himself. In fact, Tom and Williams even share a name, as Tennessee Williams’ given name was Tom Lanier Williams. Tom is a frustrated writer who works long hours at a shoe factory in St. Louis to provide for his family, much like Williams did in his early twenties. In his spare time at the factory, Tom writes poetry where ever he can, including on the lid of a shoebox. Tom’s interest in writing and poetry leads to others calling him “Shakespeare.” Tom also has a yearning for adventure and travel, a yearning that Williams himself acted upon in his own life as he travelled the country in search of inspiration for his writing throughout his late twenties and early thirties.

Tickets to The Glass Menagerie are available now.