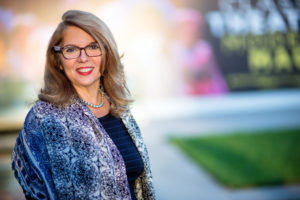 ANW Producing Artistic Director. Under her leadership, ANW has produced more than 175 works, and she has directed 50 productions including A Christmas Carol, Man of La Mancha ‘18, Noises Off, Henry V, A Tale of Two Cities, Man of La Mancha ‘17, King Lear, The Imaginary Invalid, Six Characters in Search of an Author, A Flea in Her Ear, Julius Caesar, The Threepenny Opera, The Tempest, The Dance of Death, Come Back, Little Sheba, Tartuffe, Pericles, Prince of Tyre, The Beaux’ Stratagem, The Bungler, Antony and Cleopatra, Twelfth Night, The Chairs, Great Expectations, Measure for Measure, Much Ado About Nothing (choreographer), The Rehearsal, Oliver Twist, Henry IV, Part 1, Dear Brutus, The Winter’s Tale, Loot, Ubu Roi, The Master Builder, Othello, Mourning Becomes Electra, and A Midsummer Night’s Dream at the Hollywood Bowl and at ANW.

EDUCATION: MFA—American Conservatory Theatre. In 2012, Ms. Rodriguez-Elliott (along with her husband Geoff) received ACT’s inaugural “Contributions to the Field” Award. Ms. Rodriguez-Elliott received the 2005 National Latina Business Women’s Association’s Latinas in Business Award in the Arts & Entertainment category; the 2006 Women in Business Award from the California State Senate and Assembly; and the 2010 Fifty Fabulous Women of Influence in the San Gabriel Valley Award.

We use cookies to ensure that we give you the best experience on our website. If you continue to use this site we will assume that you are happy with it.OkCookie Policy