Home | Uncategorized | Director’s Note for A Raisin in the Sun

Director’s Note for A Raisin in the Sun

A Raisin in the Sun is arguably one of the greatest stage plays of the 20th century. According to American Theatre magazine, Raisin is one of the 10 most produced plays of the 2017-2018 theatre season*. This is not to suggest the frequency of the play’s viewings is proof of its value, rather it poses the question, how does one explain the durability of a play written by a young African American woman in the 1950s, which in the words of one critic, “changed American theatre forever”?

Clearly, there are a myriad of answers why Raisin continues to resonate with modern audiences. The work is notable for its insightful and sensitive depiction of an African American family at a time when the impact of “Jim Crow” laws and the “Separate but Equal” doctrine were soon to be repudiated in the United States. Thousands of formerly disenfranchised blacks were hoping to grasp a piece of the American Dream. Our protagonist, Walter Lee Younger, is one of the blacks who dares to dream. Walter struggles to create financial independence for himself and to find a better life for his family. However, he soon learns that unwritten laws are as powerful if not more so than written ones. Stuck in what he considers a menial job, Walter lashes out at those he remains closest to, his family.

What inspires me about this work is the sheer courage, imagination, and intelligence it took to write it—how the mind of a 29-year-old “Negro” playwright was driven to confront issues of Pan Africanism, feminism, and economic, gender & racial equality in such an eloquent and powerful manner.

It appears that intolerance, bigotry, and racial prejudice has once again found a hideous, contemporary voice in the American consciousness. While much has changed since discriminatory practices were the law of the land, the pull to return to a time of blaming “the other” remains forceful. I believe Hansberry appeals to us to be respectful and supportive of others’ dreams, indeed all types of people. After all, ours is a nation founded on the dreams of many. 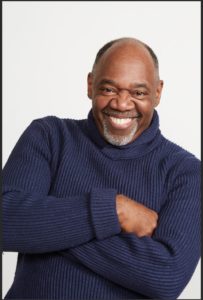