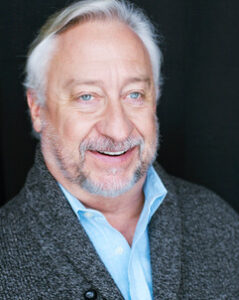 2022-23 SEASON: Dogberry/Antonio, Much Ado About Nothing

Previous Seasons: The Player,  Rosencrantz and Guildenstern Are Dead; The President, The Madwoman of Chaillot; William, You Never Can Tell; Trufaldino, The King Stag; Valentine/Fabian, Twelfth Night (2004).

ELSEWHERE: Roles at Hudson Valley Shakespeare Festival include Peter in The Heart Of Robinhood, Northumberland in Richard II, Malvolio in Twelfth Night, Leonato in Much Ado About Nothing, The Fool in King Lear, Clown in 39 Steps, Detective Fix in Around The World In 80 Days and numerous others. Other theatres: Ebenezer Scrooge at Nevada Conservatory Theatre and Portland Center Stage, World premiers of The Book Of Will at Denver Center for the Performing Arts, as well as Lovers And Executioners at The Ar Stage. Elephant Man at Arkansas Rep, Three plays at The Arts Center Of Coastal Carolina, Feste in Twelfth Night and Larry in Burn This at American Conservatory Theatre. Multiple roles and plays at PC

FILM & TV: Over fifty credits so far including the yet unreleased Appletv series Mrs. American Pie.

Wesley Mann is delighted to be returning to ANW after his performance as The Player in Rosencrantz and Guildenstern Are Dead.