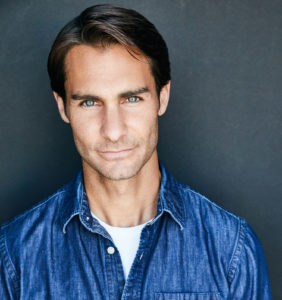 ELSEWHERE: Ty was a member of the Tony Award®-winning Alley Theatre Resident Company of Actors where he played lead roles in Tom Stoppard’s The Invention of Love, the World Premiere of Ken Ludwig’s Be My Baby opposite Hal Holbrook and the 40th Anniversary Production of Edward Albee’s Who’s Afraid of Virginia Woolf? opposite Judith Ivey and many more. Ty has played the title role in William Shakespeare’s Hamlet for both the Alley Theatre and for the Kingsmen Shakespeare Company as well as taking on the title role in Shakespeare’s Henry V. Other credits include: Bent directed by Moises Kaufman and the World Premiere of Pulitzer Prize Winner Robert Schenkkan’s Lewis and Clark Reach The Euphrates (The Mark Taper Forum); Tom in The Glass Menagerie (International City Theatre); Ernest Hemingway in Scott and Hem and Milt Fields in Laughter On The 23rd Floor (The Garry Marshall Theatre).