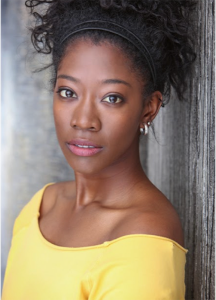 ELSEWHERE: Sydney A. Mason works as a visual artist, multi-instrumental musician, and actor. Sydney’s performance experience began at the age of 10 in her hometown of Fresno, California, where she entertained audiences throughout Northern California on a litany of classical, contemporary, and musical theatre stages. After graduating from UCLA’s School of Theatre, Film and Television, Sydney continues to pursue her passions as a Los-Angeles based artist; her credits include Ajax in Iraq (Connie Mangus), A Midsummer Night’s Dream (Hippolyta), Lysistrata Unbound (Sechita), Fefu and Her Friends (Emma), and Safe Harbor (Jaz/Christine/Davis). Sydney is dedicated to tapping into the transformative potential of the arts and harnessing its power to change herself and her world.