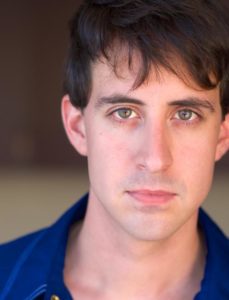 FILM/TV: We Are the Mods.

Named Outstanding Actor in a Musical, Valley Theatre Awards 2017, for his portrayal of Alex Vause in Orange in the New Musical. Philip is excited to be back at ANW and would like give special thanks to Geoff, Julia, and the talented cast and crew.