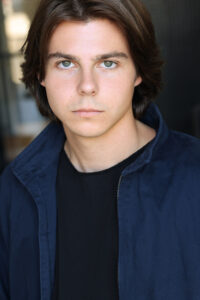 2022-23 Season: Debut. Balthasar/Ursula, Much Ado About Nothing

ELSEWHERE: Can be found in Paramount’s limited series, The Offer, as well as a few short films currently in the festival circuit.

EDUCATION: Nick trains with Diana Castle at the Imagined Life, after receiving his BA in Drama at USC.

Outside of acting, Nick is busy playing guitar on other artists’ tracks, as well as his own.