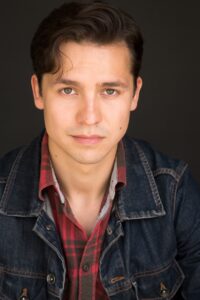 ELSEWHERE: Mitchell has worked up and down the west coast with PCPA in Lend Me Tenor: The Musical (west coast premiere) as Young Tito, The Actors Co-Op in A Man for all Seasons as Richard Rich, SLO Rep in A Funny Thing Happened on the Way to the Forum as Miles Gloriosus, and Conservatory Rep in The Merchant of Venice as Bassanio.
He is thrilled to be debuting with ANW in Much Ado About Nothing!