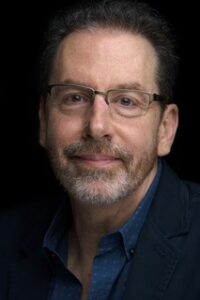 Previous Seasons: Frankenstein, A Picture of Dorian Gray, Mrs. Warren’s Profession, Figaro, The Importance of Being Earnest, The Guardsman, The Grapes of Wrath, The Comedy of Errors, Hamlet, Don Juan and As You Like It.

ELSEWHERE: Former Founding Artistic Director of Boston Court Pasadena where directing credits include The Judas Kiss, A Streetcar Named Desire, Stupid F**king Bird, and The Twentieth-Century Way (also off-Broadway at Rattlestick Playwright’s Theatre); Uncle Vanya, King Charles III, and A Life in the Theatre at the Pasadena Playhouse; the world premiere of Robert Schenkkan’s Building the Wall at the Fountain Theatre; District Merchants at South Coast Rep; Kiss Me, Kate, Carousel, and Man of La Mancha at Reprise. He is the recipient of two Ovation Awards and five L.A. Drama Critics Circle Awards for his direction as well as a special LADCC Award for Distinguished Achievement in Direction.