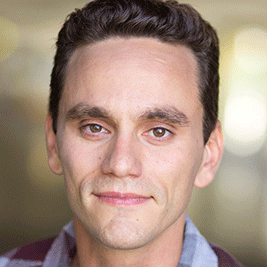 ELSEWHERE: Most recent theatre credits include Peter Pan in Now or Neverland and Ricky in School for Wayward Girls at the Loft Ensemble; Link in The Video Games at the Actor’s Company; Smee in Peter and the Starcatcher; and The Great Mage Steve in She Kills Monsters at the Loft Ensemble. He is also a fight choreographer and stunt actor who will be appearing in the upcoming feature film King’s Rook.

EDUCATION: BFA, Acting–AMDA College and Conservatory for the Performing Arts