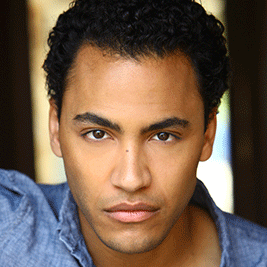 ELSEWHERE: Keith Walker is a member of The Gloria Gifford Conservatory, a described “polished Shakespearean troupe.” Some of his roles in the productions at the conservatory include Ferdinand, The Tempest; Claudio, Much Ado About Nothing; and Octavius Caesar, Antony & Cleopatra. Before Los Angeles, Keith was living in New York City and performed in several Off-Off Broadway productions.