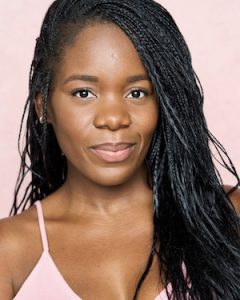 ELSEWHERE: Acting from young age, Gioya started out in theatre then took a break after graduating pursue film being involved in projects such as Star Trek Short Treks, Suicide Roadtrip, newly released Between Forever, which can be found on Amazon. But she is ready to get back to her roots and back on the stage. Theatre credits include TFT: The Lottery, For Colored Girls, and Angelique, amongst others. Thanks to my family for the love and support. Love + Light.

EDUCATION: Associates in Acting, The American Academy of Dramatic Arts.