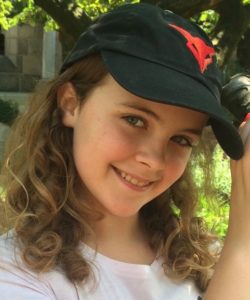 ELSEWHERE: Elizabeth’s first experience with acting was at Will Geer’s Theatricum Botanicum Shakespeare camp when she was five.  She has been a student of A Noise Within’s “Summer With Shakespeare” program since she was eight years old, where she has been exposed to everything from commedia dell’arte to stage combat.

EDUCATION: Elizabeth began studying ballet at the Westside School of Ballet in Santa Monica when she was four. She is currently studying and performing with the Dance Conservatory of Pasadena. She was accepted into Alvin Ailey’s 2018 summer intensive in NYC and has studied with the Diavolo Dance Theatre. Elizabeth is thrilled to be performing beside some of her favorite teachers here at A Noise Within!