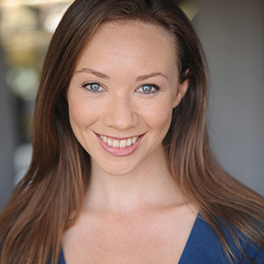 Whitney grew up in San Diego, where she was active as an actress and teaching artist in the theater community. She received her BA in Theatre Arts Performance from San Diego State University. Since moving to Los Angeles, Whitney has trained at the Shakespeare Center of LA, Aquila Morong Studio, Art of Acting Studio, and Upright Citizen’s Brigade. Favorite theater credits include Angel’s Arms with Lambs Players Theater, 42nd Street with Moonlight Stage Co., and 7 Redneck Cheerleaders with Elephant Stage Co. She recently wrapped up the short film Silence, Before Rain, and the pilot for a new series New Mommies. Whitney is also a barre instructor at the recently opened Xtend Barre Studio in Pasadena, where she leads clients through a ballet and pilates fusion workout.