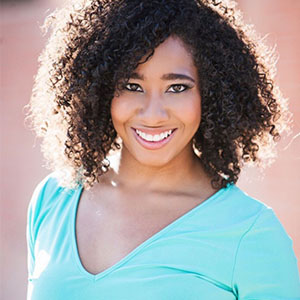 Solice Surles is a graduate of The University of the Arts with a BFA in Jazz Performance and a minor in Musical Theatre. She is a native Texan who started out as a gymnast, transferred her total interest and passion to dance, and now incorporates both of the art forms together to create dynamic and powerful entertainment.

Solice has assisted the Debbie Allen Summer Intensives for many years, performed with Eclipse Entertainment, is a company member of Sophie Olson Dance Explosion, and has been featured in several music videos and films.  Solice’s most recent credits consist of choreographing for a children’s TV series at the Jim Henson Company, dancer on Season One of the Steady Mobbin TV series, and danced back-up for Rae Sremmured.

Solice has a passion for teaching, choreographing and performing, and mostly, just loves to share her knowledge and heart with the world.