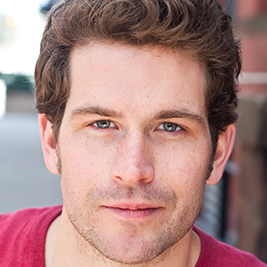 Shannon Michael Wamser is currently based in Los Angeles after well over a decade in New York City. As an actor he has been seen on some exceptional stages around the US including The Public Theatre, Orlando Shakespeare Theatre, Arkansas Repertory Theatre, Playhouse on Park, Northern Stage and many Shakespeare festivals. Shakespeare credits include: Romeo (R&J), Mercutio (R&J), Tybalt (R&J), Michael Cassio (Othello), Valentine (Two Gents), Lance (Two Gents), Demetrius (Midsummer), Snug (Midsummer) Hotspur (Henry IV, i) Laertes (Hamlet). Film/TV credits include “Interior,” “The Real Truth Behind the Real True Story: Donnie Miller,” “The Thing Before the Thing,” CBS’s “Blue Bloods,” the WB’s “Gossip Girl,” and his original webseries “Opportunity Knox.” As a producer/director he started two theatre companies in the New York City area: Stages on the Sound, dedicated to the Classics and Educational Outreach, and tax deductible theatre, dedicated to collaboratively-developed new works. In Los Angeles he has founded the company Some Assembly Required, a platform for artists to develop film, theatre and digital media. His work as a director and writer has been seen in New York City, the Edinburgh Fringe and with Teatre Polski in Poznan, Poland. Previous writing projects include Crossings(2008), “Sounds Like Orange” (screenplay– in development) and several short plays, short films and stage adaptations. In addition to his work with A Noise within, as an arts educator he has taught for several prestigious arts organizations including Laguna Playhouse, CTG, Pasadena Playhouse, BAM, The Shakespeare Society, The Professional Performing Arts School and The University of Miami. He holds a BA from DeSales University and MFA from Ohio University. He is a certified advanced actor-combatant with Dueling Arts International and is a member of SAG-AFTRA and AEA.