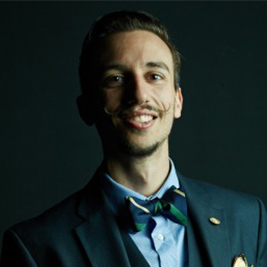 Jeff Black is a bright young professional entertainer with an exuberant personality that brings cheer to any environment. Jeff’s passionate pursuit of magic has made him a member, and regular performer at the World Famous Hollywood Magic Castle, where he has received several awards. In 2011 Jeff alone was chosen to receive the prestigious Junior Achievement Award “for his pursuit of originality and perfection.” In the same year he was voted by his peers to receive another award from The Magic Castle in the Strolling Smack down competition for his intimate magic routines. He has been on America’s Got Talent, been flown to perform for corporate events, been hired to entertain celebrities, and appeared on tours with Masters of Illusion. All of these blessings he owes to the words of Conan O’Brien who stated “Be nice to people, work hard, and amazing things will happen.”