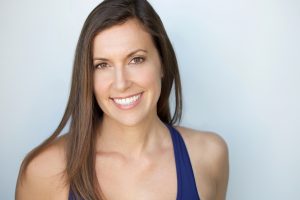 Aubrey Saverino is a professional actor, teaching artist and director with an MFA from The Old Globe/USD and a BA from Occidental College. She has been working with A Noise Within since moving back to Los Angeles in 2018, after living and working professionally in New York City for several years. As an actor, Aubrey has performed on screen and in professional Off-Broadway and regional theater productions including King Lear, Twelfth Night (The Old Globe); Henry IV Parts I & II, Twelfth Night (Independent Shakespeare Company); The Great Gatsby, Love’s Labour’s Lost (Orlando Shakespeare Theater); Pride & Prejudice (Capital Repertory Theatre); In The Next Room, In the Wake (San Diego Repertory Theatre).

She has taught theater for over ten years at institutions around the country, including the Pasadena Playhouse, The Old Globe and Epic Theatre Ensemble, and she is now a Theater Instructor at Moorpark College. Aubrey directed the SWS production of Julius Caesar last summer and is looking forward to her second Summer with Shakespeare at A Noise Within!