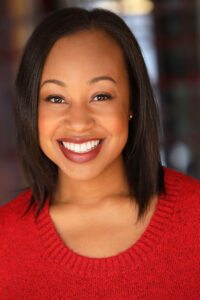 Chiquita recently received her Master of Fine Arts degree in Acting from the University of Virginia. Chiquita has worked in television, independent films, web series, and voiced various roles in the VPM/NPR podcast Seizing Freedom. She moved to L.A. less than 2 years ago and is delighted to be involved in her 1st production with ANW.