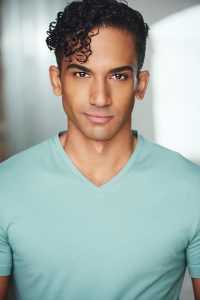 Alexander is proud to make his ANW debut. ELSEWHERE: Alexander has been a part of several world premiere works in LA, including Havana Music Hall (Odyssey Theatre), The Madres (Skylight Theatre), and The Cruel Intentions Musical (Rockwell Table & Stage). Most notably he was a featured player in Shakespeare Center of LA’s Henry IV, directed by Daniel Sullivan. Other favorite credits include: Gabe in Next to Normal, Fabrizio in The Light in the Piazza, and Prince Hal in Henry IV. Training: B.M. Westminster Choir College. M.A. London Academy of Music & Dramatic Art. www.alexpp.com