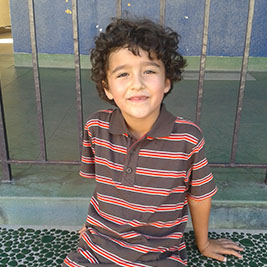 Eli is 7 years old and this is his stage debut. He is excited to be on stage with his father (ANW Resident Artist Freddy Douglas). He would like to dedicate his performance to his beloved sister Estella and to his cousins Rhys, Aaron and Louise. He also wants to thank Gigi, Manna, Grandpa, Uncle Josh, Uncle Saul, Aunt Rebecca and Uncle Gavin.