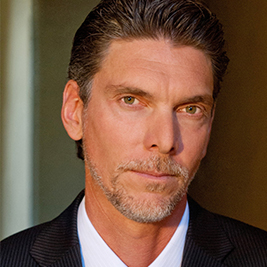 OTHER THEATRES: Theatre 40: Double Door; American Wee-Pie. The Mint Theatre: The Charity That Began at Home (Off-Broadway). Actor’s Theatre of Louisville: Antony & Cleopatra with Mercedes Ruehl. The Actor’s Studio: Camino Real with Eli Wallach. The Hippodrome Theatre: Dan, Closer. The Hanger Theatre: Hamlet. Other roles include: Treplev, The Seagull; Tom Joad, Grapes of Wrath; Ellard, The Foreigner; Banquo, Macbeth; Trinculo, The Tempest; and all the male roles in The Trojan Women. Playwright: Christopher recently had a staged reading at The Blank Theater of his play A Blessing: The Miracle of Edith Stein. He has had numerous productions of his works all over the U.S. and well as a 2016 double production of his J Date simultaneously in New York and Tel Aviv by Lama Theatre Co.

FILM/TV: His short film “All the Marbles” has played in over 20 film festivals this year including premiering at Cannes and is now eligible for Oscar consideration.  This is for Cassius and Alistair and the hope that the wonder of Christmas will always be alive for them.