Home | Company | All My Sons: A few thoughts from Managing Director Michael Bateman

All My Sons: A few thoughts from Managing Director Michael Bateman 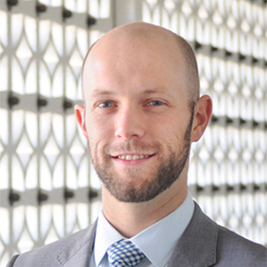 Miller’s searing indictment of the American Dream has never been more urgent or topical. Managing Director Michael Bateman shares his thoughts of why this is so—and why Miller’s play touches us so deeply in this, the American master’s, Centennial Year.

To celebrate Arthur Miller’s centennial A Noise Within, our theatre that performs classic plays, was drawn to All My Sons (starting October 11); and as rehearsals progress we find that this play deals with precisely the kind of corporate malfeasance that has thrust Volkswagen into the news of late. Miller – as with much classic theatre — exposes the essence of the human experience and provide a universal perspective that is accessible and recognizable to us all.  One would think, however, with thousands of years of these cautionary tales under our collective belts, humans might have learned a thing or two about how to live.

I imagine that the same kind of equivocation that Joe Keller, the main character spouts in Sons (I did it to provide for my family! I never thought it would be a problem! Or at least no one would notice!) is going on as we speak at Volkswagen, and I hope those subjected to these excuses find them equally reprehensible.

Since Citizens United, we have seen that when corporations are viewed as people, real people are often excused from their bad behavior, even (or especially) when they have benefitted from the harm they have personally caused. Perhaps if the same anger we can summon for the delusional Keller were directed at the individuals responsible for skirting our emission standards, the increased social pressure might result in a choice to do the right thing where a corporate fine will inevitably fail to foster change.

In Sons, Joe Keller’s purposeful decision, harmed others with tragically unforeseen consequences. Arthur Miller describes a dramatic arc that forces us to ask: what could happen when we choose the financial over the human? With despicable decisions like the one uncovered at Volkswagen, it’s no wonder Miller’s questions still resonate with us today.

All My Sons begins on October 11th. Click here for tickets.