Long-time Resident Artist, and member of the RAF Reading Committee, Apollo Dukakis, dishes on what he has in store for audiences at our July Resident Artist Festival, and what he’s most looking forward to as an audience member! 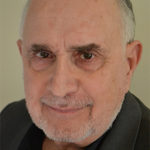 I am directing the reading of Tony Kushner’s Angels in America: Part One, Millennium Approaches. I think it is one of the most important plays of the last 25 years. For me, no contemporary playwright approaches the visionary epic scope of Kushner’s writing. There is a lushness and soaring poetic imagery to his dialogue which is made infinitely accessible because of the biting dark humor that balances it. I don’t think A Noise Within has done a modern play that deals so directly with such contemporary issues of such political, social, and sexual importance. No wonder it won the Pulitzer Prize. I am very anxious to see how our audiences respond to the very adult ideas and situations inherent in this play that Kushner has sub-titled: “A Gay Fantasia on National Themes.”

Plays I am looking forward to:
Christopher Durang’s Sister Mary Ignatius Explains It All for You,. Durang, who wrote the 2013 Tony-winner Sonya and Vanya and Masha and Spike, is America’s leading satirist, and this play launched his career. Sister Mary… is a brilliant, daring satire on Catholicism. For me it is one of the funniest American plays ever written – and the people to laugh the loudest are Catholics themselves. In the original off-Broadway production in 1982, my then-eight-year-old son played the role of Thomas twice a week. So I heard first-hand the sustained uproarious laughter this outrageous, liberating, and groundbreaking play can produce.

Tennessee Williams’ 27 Wagons Full of Cotton. I can’t imagine doing a great American play festival without including work by what I consider to be our greatest American playwright. This play is representative of Williams at his Southern gothic best: it has bawdy humor, raucous melodrama, and misfit characters with poignant overtones. To quote a critic “Williams’ insight into human nature is that of a poet. He can compress the basic meaning of life-its pathos and tragedy, its bravery or the quality of its love-into one small scene or a few moments of dialogue.” Its female lead, the child-woman Flora Meighan, has been played by Carroll Baker on film, Lesley Ann Warren on television, and even by a young Meryl Streep on Broadway. Our cast is headed by resident artist Mitchell Edmonds, well-known guest artist Bo Foxworth, and the remarkable Abigail Marks as Flora.

For more information on The American Dream: A Resident Artist Reading Festival and to reserve your seats and VIP passses today, please click here.