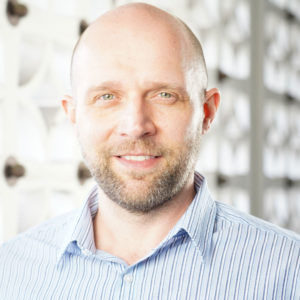 Eric Pargac was a co-founder and co-artistic director of Furious Theatre Company, named one of the “Best Theatre Companies of the Decade” by LA Weekly. There he served as Marketing Director from the time of the company’s founding until he moved to New York City in 2010. In New York, he became Marketing Director of Off-Broadway’s celebrated Vineyard Theatre in Union Square, and later assumed the title of Director of Communications and New Media, leading the marketing department with a keen eye on new media trends while producing high-end video and podcast content for the company. During his tenure, two Vineyard productions transferred to Broadway (Nicky Silver’s The Lyons and Paula Vogel’s Indecent), The Vineyard produced 9 of the top 10 best-selling productions in the company’s 35-year history, and his final season was record setting, beating the previous best-selling season by over $100,000. While in Los Angeles, Eric also served as the graphic designer for the Pasadena Playhouse, where Furious served as Artists in Residence at the Carrie Hamilton Theatre. Prior to joining the staff of the Pasadena Playhouse, he worked in the marketing department of the video game giant, Electronic Arts, as a graphic designer for Citysearch and Evite, and as an assistant editor on major music videos and national commercial campaigns at the post-production house Avenue Edit. In New York, Eric served on the marketing committee for the Off-Broadway League.