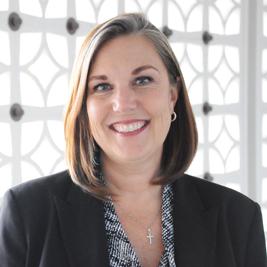 Amy Nance has spent the better part of her career as a professional fundraiser, and has garnered more than 20+ years of development experience.  She began her non-profit career working at the Claremont Graduate University in 1992, and continued in the higher education realm for several years.  From 1994 – 2003 Amy resided in Pennsylvania and worked at Susquehanna University located in Selinsgrove, PA, Bucknell University located in Lewisburg, PA and Gettysburg College, located in Gettysburg, PA.

Amy has terrific experience working in individual giving, planned giving and has also worked on several capital campaigns.  She has achieved significant success raising major gifts, and has helped several organizations implement best practices in the area of donor and prospect management.  Amy also has great skills and experience in the areas of annual Giving and membership.